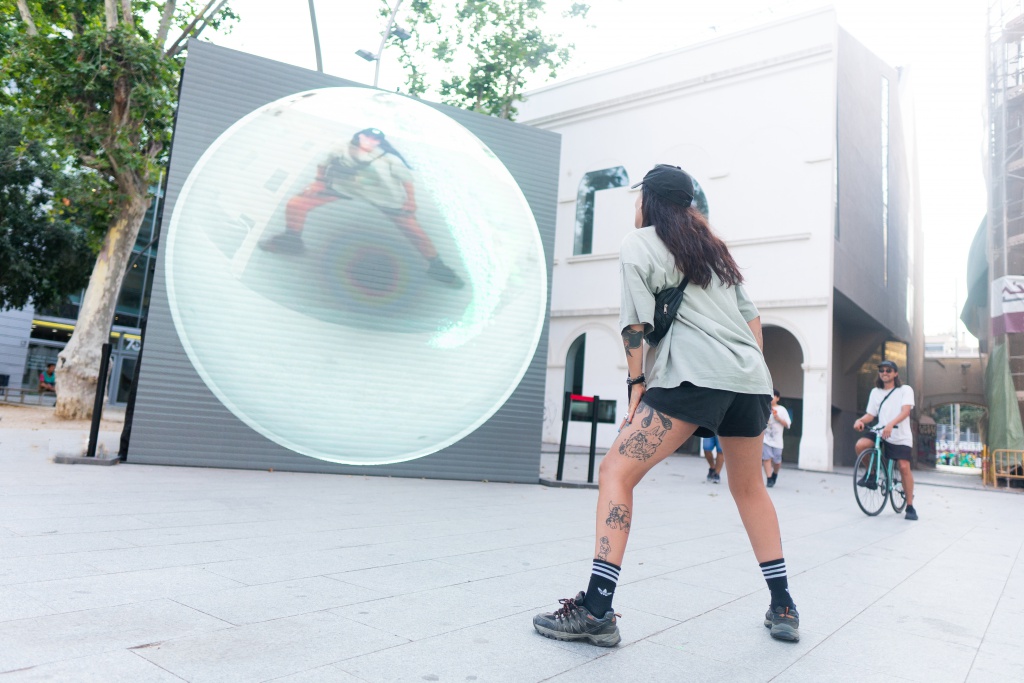 The work of Refik Anadol and Maurice Benayoun, born from the European MindSpaces project of S+T+Arts, presents two pieces, which are both works of art and strange, faced with a new environment to which they do not belong. They will have to adapt their language, build common knowledge and integrate all the new artifacts and natural phenomena that now constitute their environment, including the public. «DïaloG» reflects on the difficulty of building a mutual understanding beyond social and cultural differences and tries to capture the emergence of the work of art as a subject, not only able to learn from its surroundings, but also to dialogue with its audience. 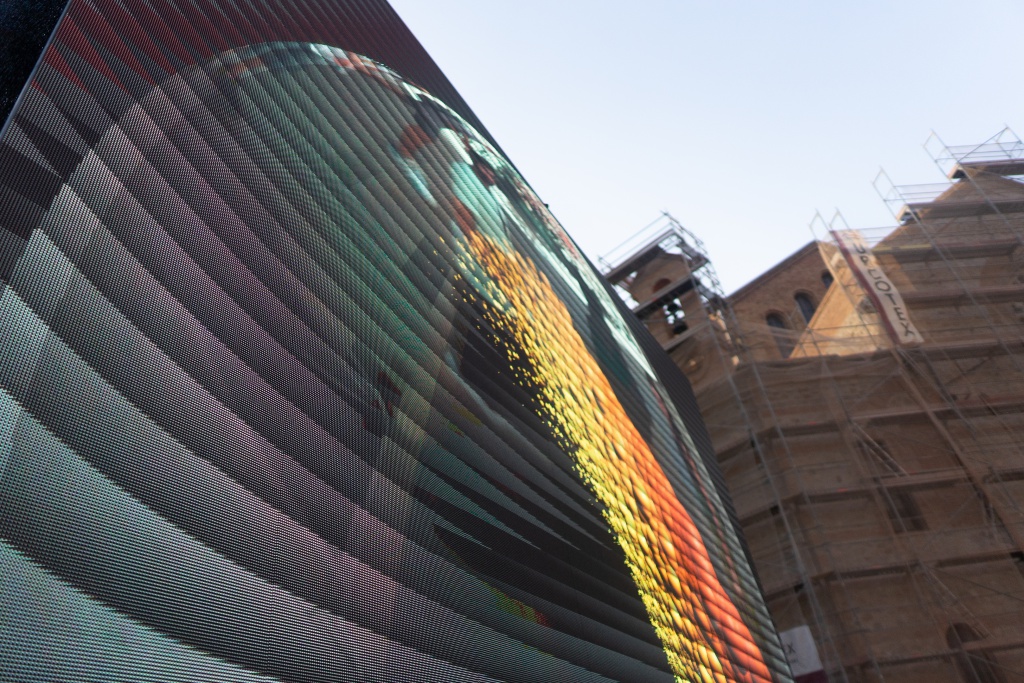 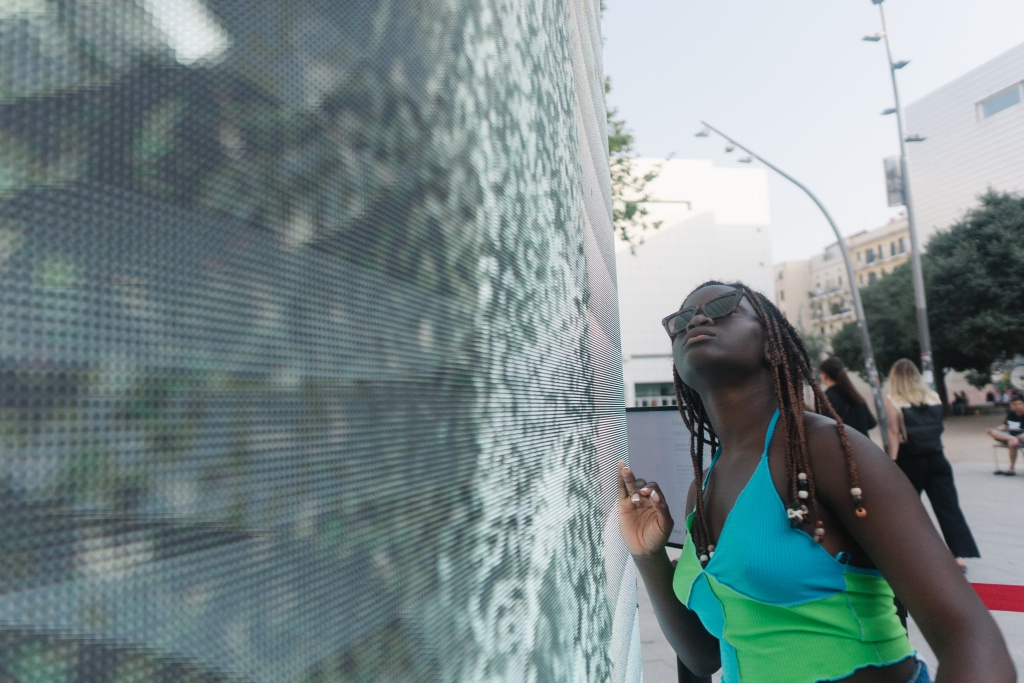 DïaloG is an interactive urban media art installation exploring the themes of alterity, strangeness, and immigration, in a performative way. The work presents two pieces that are at the same time artworks and aliens. They are confronted to a new environment where they don’t belong to… yet. They will have to adapt their language, build common knowledge, integrating all new artifacts and natural phenomena that constitute now their environment. This includes the other living beings moving around them, and, eventually, they will have to understand each other. While we use the concept of language very broadly to include speech, performance, gesture, utterance, and even data, we focus on strangeness from an ontological perspective, trying to mark a terrain of possibilities for the intersection of interpersonal and digital experiences in the urban sphere. MoBen and Refik Anadol take the notion of “dia-logos” (through-word, through speech) embedded in the etymological roots of the word “dialogue”, more understood as an informational thread processed through an iterative feedback loop between perception, and expression, and push it to a level of transactional complexity activating the potential difference between virtuality and visuality. In this way, we aim to create a unique, site-specific language between each of both works we are presenting as living entities and their unknown public, and also, between our works that are initially alien to each other – a language of unexpected and indefinable machine expressions that adapt themselves to the constant flow of data representing real-time environmental, societal, and human actions.

DïaloG is made of two “living” visual dynamic entities facing each other in the public space. They don’t look like the living beings we know. They don’t speak any language we know. They are aliens, strangers, immigrants. They are clearly – and desperately – trying to understand each other, to understand their new environment and their strange public. DïaloG reflects on the difficulty of building a mutual understanding beyond social and cultural differences. All that make living beings what they are: their morphology, their behavior, their ethology, and, beyond language, their cognitive functions make the laborious process of learning from strangeness and alterity a reality. Dotted with ever-growing perceptive and cognitive capacities, aware of its environment, the artwork is now able to adapt itself, to evolve and to communicate as would a more advanced living entity do. DïaloG tries to epitomize the emergence of the artwork as a subject, not only able to learn from its environment but also to dialogue with its public, and even, it may be a bigger challenge, trying to understand other artworks. 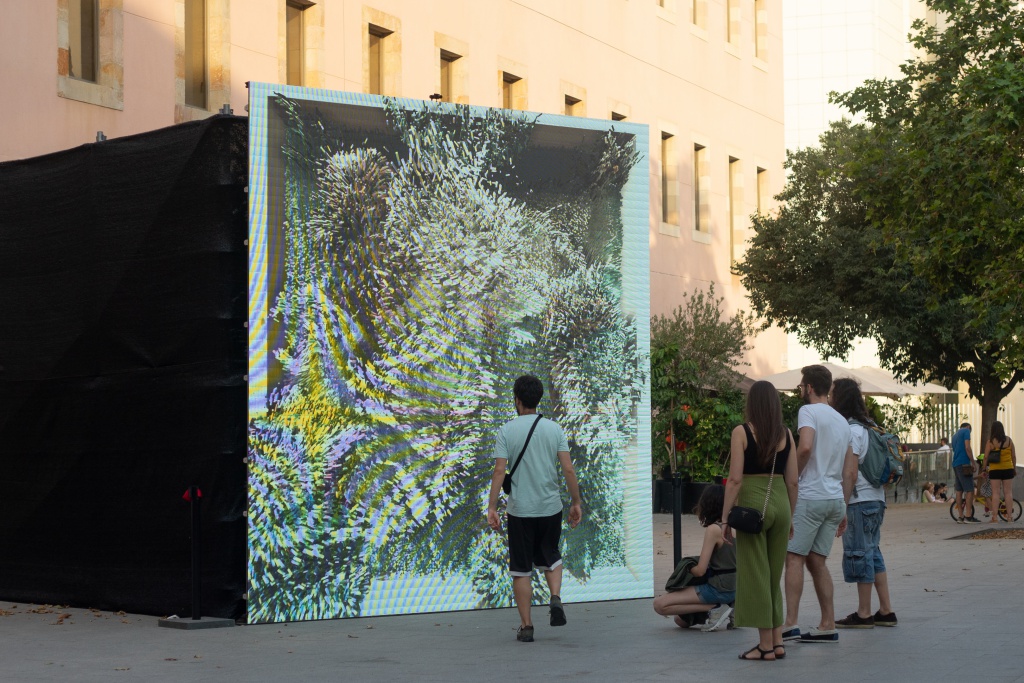