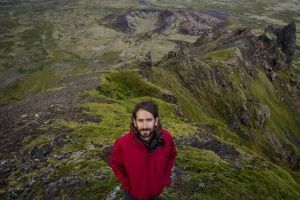 Vitor Schietti was born in Brasilia, Brazil, but feels like a citizen of the world. He lived in New Zealand, Canada, United States and Spain and travelled across 22 countries by the age of 32. Photographing people and landscapes across the globe, experimenting with long exposure and rock climbing are some of his passions. Schietti has a Bachelor’s degree in Communication through the University of Brasilia.

Schietti also does video and studied filmmaking at the New York Film Academy, in Los Angeles as well as Direction of Photography at the Academia Internacional de Cinema, in Sao Paulo. Long exposure and light painting are Schietti’s favourite techniques for expressing his ideas and concepts, as seen on projects such as “Impermanent Sculptures”, a series that reached global notoriety in late 2015 through several blogs, magazines and books and which won the 2016 PDN Annual Award. He teaches these and other techniques in combination with meditation and psychology concepts at the workshop “Photographing the Unconscious”.

Since 2009, Schietti has participated in several exhibitions in Brazil, USA, Russia, India and Italy. Schietti ran a studio specialized in advertising photography for 5 years in Brasilia. In early 2017 he moved to Barcelona and soon started a new position as Cultural and Project Manager of Espronceda Center for Art and Culture.