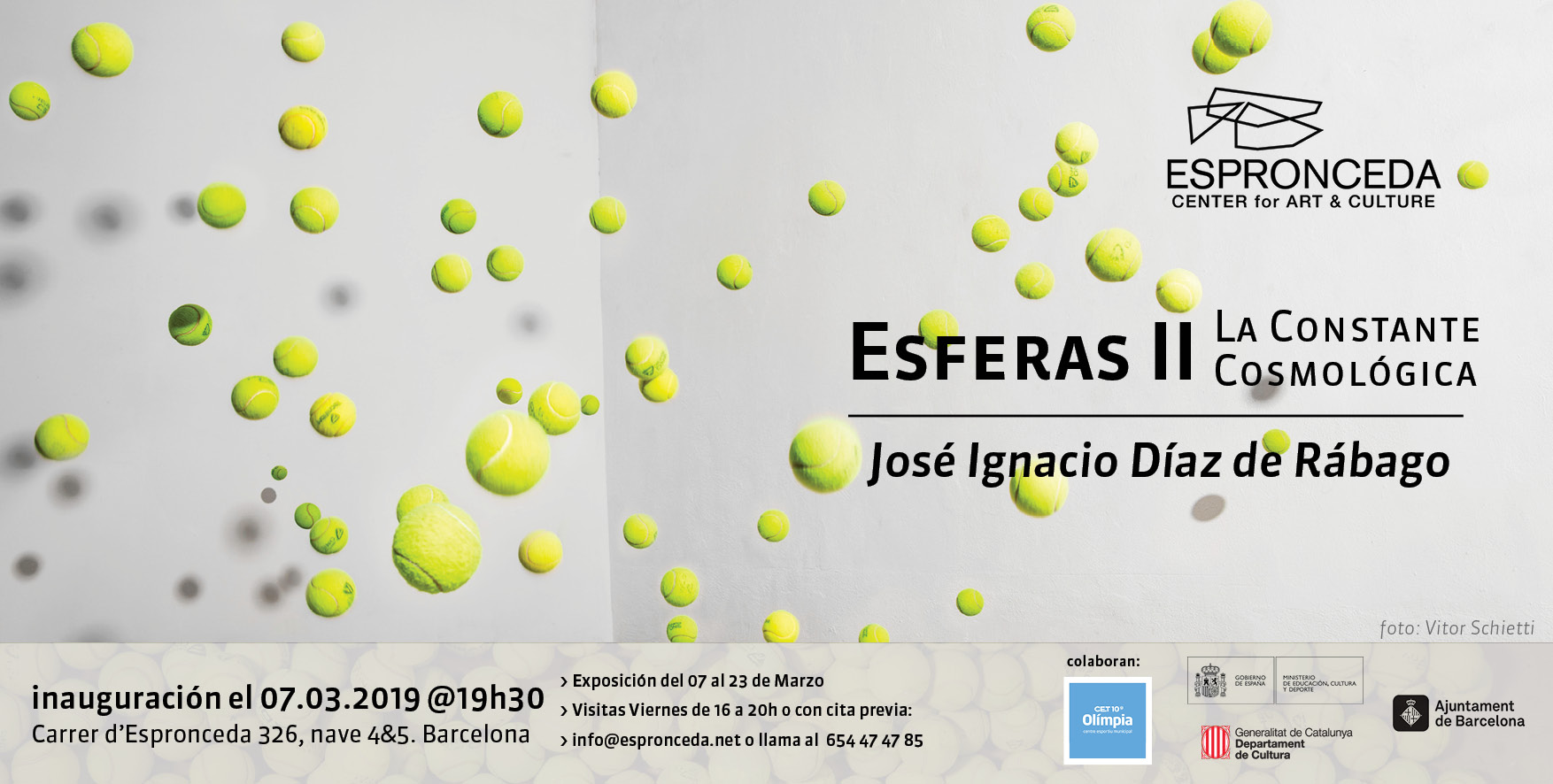 Expanding particles, planets, stars, galaxies, the universe, the multiverses… the understanding or perception of these elements is almost immediate, but the layers of meaning and sensations caused by the installation “Spheres II, The Cosmological Constant”, by Díaz de Rábago, go much beyond that point.

The effort to build the project out from the paper in such an ambitious plan, like two thousand tennis balls floating in the gallery of Espronceda, set in motion not one, but dozens of pairs of hands. You have to pay attention to what happens from the drawings, calculations, and projections, to the collection of thousands of balls, the drilling of the wall, the tension of the cables, the layering of red earth, the expansion of the artwork over the space it occupies. At the very end, the effect is not only the result achieved, but the whole process before it. On this proces, one can observe a cosmological constant in its own scale, which follows unique laws of attraction and rejection, time and space, learning and requesting, silence and speech.

An idea taking shape in the material world makes an invitation to look back into the world of ideas. Enjoying this artwork is an exercise, not at all obvious. Experiencing it is a generous invitation. To appreciate it is to testify an ephemeral expression. But it won’t be long before it manifests itself again, in some other way, in some other point of that cosmos that we inhabit. Cosmos in accelerated expansion. 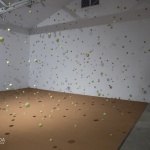 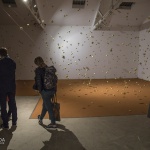 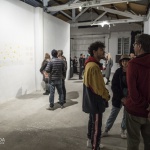 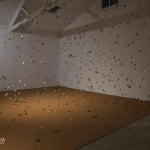 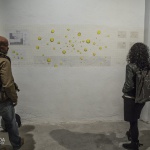 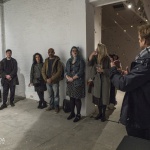 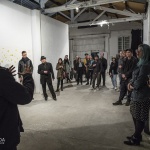 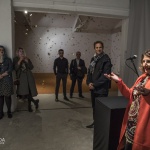 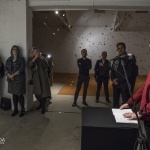 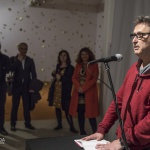 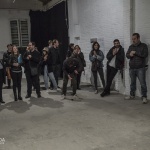 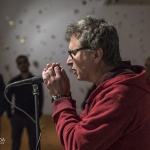 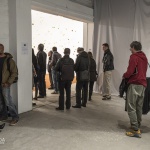 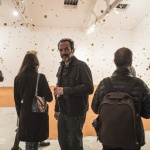 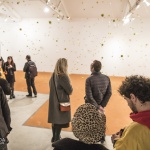 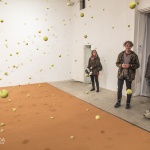 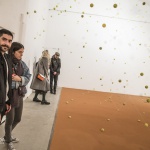 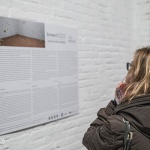 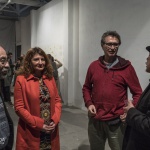 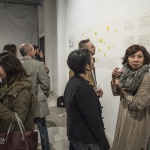 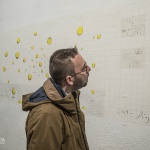 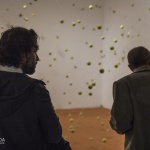 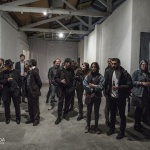 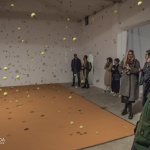 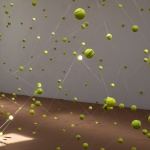