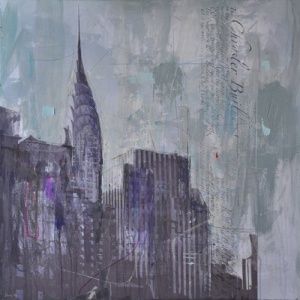 Markus Haub is born in Germany and studied Transportation Design at the Univerity of Applied Arts in Pforzheim. Then he came to Spain to work for Volkswagen and Renault in their Design studios. In parallel, he developed as artist his own working technique. In 2004 he moved for two years to Paris. Now he is living again in Barcelona, works as designer and artist and shows his work in exhibitions and art fairs in Spain, France, Holland, Ireland, England or New York.

His favorite motives are city views on Barcelona, Paris, Tokio or New York. But also classic cars, which he finds on racing events all over Europe. In 2008 he started the series „Racing Legends“, which is mainly about racing cars from the 60s and 70s.