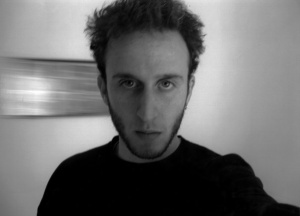 Tai Lomas (Jerusalem, 1985), is an artist and photographer. Born in Jerusalem, Israel, he has lived for many years in Italy, where he studied Art and Design at the Istituto Statale de Arte, in Florence and at the Politécnico di Milano. Based in Barcelona for twelve years, he studied Photography and Digital Image at the CITM – Centro de la Imagen y la Fotografía Multimedia, of the UPC – Universitat Politècnica de Catalunya (2007-2011). His practice is framed within the field of visual and performing arts, focusing on the relationship and interdisciplinary creation between photography, sculpture, dance and technology. He has participated in international art fairs in London and Lisbon and has been in artistic residencies in the United States and Israel. He has exhibited in different institutions and art galleries in Israel and Spain. His works can be found in numerous private collections in Israel and Europe.

He currently works as a freelance photographer and is co-founder of Nectar, a cultural association located in northeastern Catalonia that organizes artistic residencies and cultural activities in a rural setting.