We work with several very experienced curators and advisors from the art world to get as much valuable input as possible. 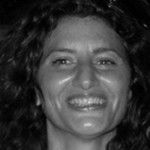 Savina Tarsitano (Co-Founder) is an artist from Calabria, Italy, who lives and works between Italy, Belgium and Martinique, Caribbean island. Her research hinges on the concept of “landing-place”. She has spent creative periods in “theme-sites” like islands, abbeys, castles all over the world. She is a member of the European Cultural Parliament, ambassador of the Rebirth project of Michelangelo Pistoletto and founder of the project “Creativity in Motion” for social integration through art. Savina is a partner of espronceda and in charge of developing the activity programs, the European partnerships as well as curator relations. 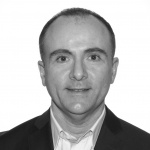 Head of Innovation and EU Projects, independent curator, art collector, artist, scientist, business executive and philantropist.
He is cooperating with Espronceda since 2015 as curator and strategic advisor for international development and cooperation with major Art Institutions and Universities. Developing programmes of inter-disciplinarity of Arts, Science, Technology and Entrepreneurship: ACT UTOPIA LAB and now managing the cooperation of Espronceda in the Consortium of project Mindspaces/ STARTS lighthouse pilots, Horizon2020. European Commission. Alejandro believes strongly in the transformative power of Art and Humanism on the technological development, knowledge creation and social wellbeing. 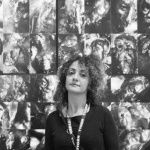 Independent Art Curator based in Rome, graduated in 2005 in Conservation of Cultural Heritage at Viterbo’s University, until 2012 had worked as a camera assistant or camera loader, shooting films, fiction, documentaries, etc… In 2013 Laura won a scholarship to attend a master’s degree in Management of Cultural Heritage at Link Campus University, in Rome. In 2015, in Torino, Laura attended NICE, a course for curators, producing and curating an exhibition: Cross the border, at the Paratissima art fair.  Since this late experience, Laura started working as independent curator, always favoring social issues. 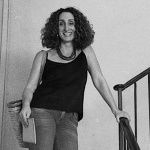 Graduated in Humanities with a postgraduate degree in Cultural Management from Pompeu Fabra University, in Barcelona, and trained as an art curator by Sotheby’s Institute of Art. She has worked in private cultural companies and public institutions, in the field of management and organization of exhibitions of contemporary art and in the edition of catalogs and art books. Since 2016 she collaborates with Espronceda as a curator of art exhibitions. 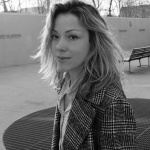 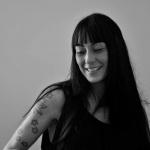 Caterina Tomeo (1972) is an art historian who combines research with a critical and curatorial eye. She works in the field of contemporary art with a special interest in transdisciplinary and research in the field of Sonic Arts and Media Art. She teaches at RUFA – Rome University of Fine Arts, where she also is the Coordinator of the MAD in “Multimedia Arts & Design”. She is a professor in the Master in “Economics and Art Management and Cultural Heritage” of the Business School “Il Sole 24 Ore” in Rome. She collaborates with International festivals which are focused on electronic music and contemporary culture. Her book, Sound art. Ascoltare è come vedere, was published by Castelvecchi in February 2017. Her new book, Sonic Arts, will be published by Castelvecchi in September 2019. 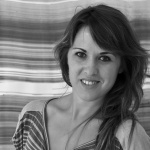 Independent curator and cultural manager based in Barcelona. Graduated in Fine Arts at the Universitat de Barcelona (UB), she finished her studies at the University of West England, Faculty of Arts, Media and Design in Bristol, England. In 2010 she obtained her Master’s degree in Management and Design of Exhibitions at the European University of Madrid (UEM), where later on she worked as an exhibition coordinator at different Cultural Management enterprises, in La Fábrica and dichromate photography. She has been attending several seminars, courses and residencies about Curatorial Studies such as ICI – Independent Curators International, New York, the Internationale Sommerakademie für Bildende Kunst, Salzburg, or Node Center for Curatorial Studies, in Berlin, where she curated and participated in several exhibitions and artistic projects. She is author of several essays about Curatorial Practices and Contemporary Art published in different countries, such as Philippines, France, U.S, Portugal and Spain. 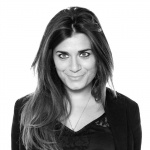 Lives and works in Barcelona. She obtained her Master’s degree in History of Contemporary Art from La Sapienza University of Rome in 2014. With her thesis, she specializes in art under Franco’s regime, maintaining active collaborations with the few artists who are still alive.Her research work is marked by a constant search for the heritage left by the great artists of the past in the current generation of artists. She collaborates with art magazines. 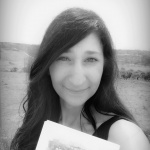 The architect has worked for 15 years in the field of restoration and architectural relief. In 2012 she began her career in communication, artistic promotion and curating for art and architecture, following artistic and editorial projects. For 5 years she was the art director of Interno 14, an exhibition space located in Rome; in 2015 she founded the Melasecca Press Office agency, promoting hundreds of exhibitions, event, and awards throughout the country. Since 2018 she’s the art manager and curator of Interno 14 next, a project of widespread interdisciplinary patronage that aims to connect various art operators, generate a widespread network that crosses borders and connect different disciplines. She’s responsible for the editorial staff of the magazine presstletter.com . Since 2019 Interno 14 next is part of the project The Indipendent of the MAXXI Foundation. 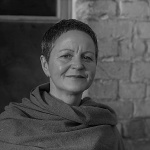 Verena Siol is an artist from Germany. She lives and works near Berlin and in Morinesio, Italy. Graduated in Ceramic at Bauhaus University at Weimar/ Germany. Her works can be found in various galleries at home and abroad. As a lecturer, she passes on her knowledge in courses. Verena is a partner and consultant of espronceda and responsible for the development of the activity programs with our European partners as well as the relationships with curators. 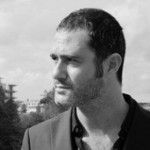 Elia Sabato (Co-Founder) is an artist from Lecce, Italy, and cofounder of Espronceda. He moved to Barcelona to have – in addition to Rome – another base of his creativity. He also designed the encontArte studio place and coordinates the artistic issues of Espronced 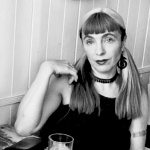 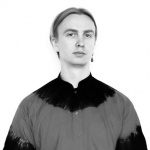 Santeri Suominen is the current Chairman of the Board at FIVR – The Finnish VR Association. He currently works as Curator of XR content and ecosystem at Helsinki XR Center. Whether it is art, entertainment or utility applications, Finland’s XR companies, and artists deserve maximum exposure domestically and internationally. This not only gives birth to new initiatives, partnerships, co-operation, and projects but also generates knowledge and understanding about where VR and AR technologies are taking us as individuals and societies. Santeri’s role as XR Curator is to fill the gaps between technology, society, and personal experience to help understand the role VR and AR will play in the future of work, art and learning.” 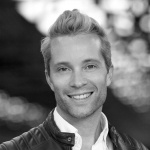 Ulrich Schrauth is the initiator and artistic director of “VRHAM! – Virtual Reality & Arts Festival” in Hamburg and is also responsible as a creative director for various international projects in the field of digital media. He regularly works as a jury member, for example for Laval Virtual/France or VREFEST Rome/Italy. Schrauth is also a speaker and presenter with a thematic focus on immersive arts, i.a. at SXSW Festival Austin/Texas, Film Festival Cannes/France, European Jazz Conference Novara/Italy. He worked nationally and internationally in various positions, including as artistic managing director of Thalia Theater in Hamburg, at the Sydney Festival and as head of programming for the international festival Theater der Welt 2017. Schrauth studied performing arts at the Folkwang Hochschule in Essen and cultural management at the University for Music and Theater Hamburg. 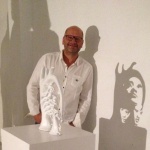 Farid BOUCHENE is business and finance executive who has always been active in Art World despite his executive responsibilities he brought us great contributions as project advisor especially during start up as well as during several Art fair like Art Basel: Miami, Venezia, Basel & Hong Kong / FIAC (Foire Internationale d’Art Contemporain) : Paris, Los Angeles

His Advises, language / cultural richness & Enthusiasm for ART is very well appreciated by our Artists in Residence