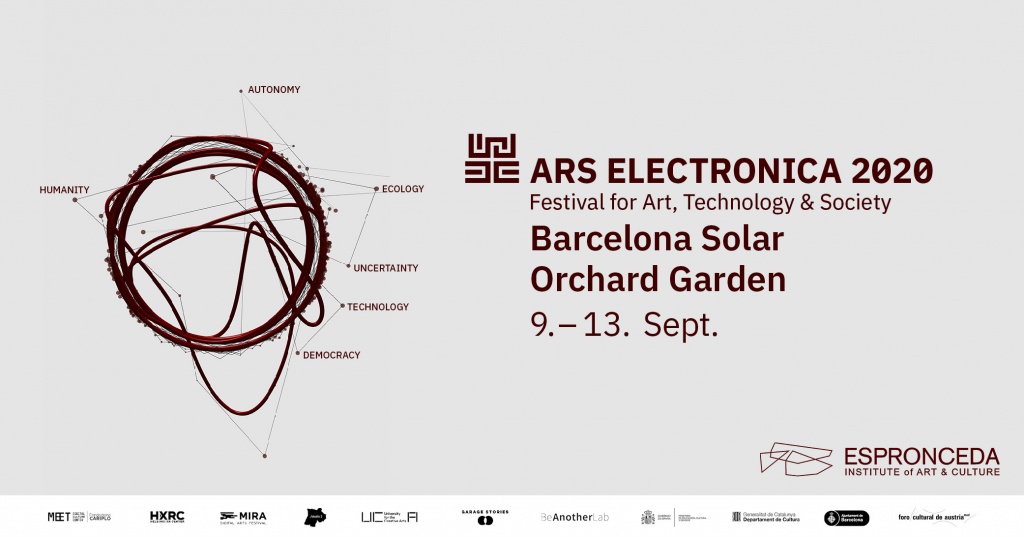 Ars Electronica 2020 is taking place not despite but because of Corona. From September 9 to 13, the Festival for Art, Technology and Society will simply ask the question, what to do now? And for the first time, this will be the theme not only in Linz – in the city center and on the beautiful JKU campus – but at 120 locations around the globe. Come with us on this trip around the world in 5 days!

The Solar Orchard Garden is a complex system that activates the curiosity of visitors / participants by play with two complementary concepts: quintessence, the fifth element of alchemy, and the Gaia Hypothesis, which looks at Earth as a self-regulated complex system.

The Stargazer installation is a 360° semi-spherical space that interacts with visitors, on-site and online by Mozilla HUB, to create wonder and co-creative experiences.

The Amazonia experience is a participatory dynamic combining real performances with advanced technology installations from real-time COVID-19 expansion to the sounds coming from the space. Nature is always more powerful than human technology.

Curiosity and Complexity define Solar Orchard Garden on the basis of two concepts: quintessence, the fifth element described by alchemy, and the Gaia Hypothesis formulated in the seventies.

Humans have always looked up to the skies for otherness and origin – god, knowledge, destination, life. At the same time, Earth a self-regulating complex system, organic and inorganic at once, orchestrates the biosphere, the atmosphere, the hydrospheres, and the pedosphere.

The on-site and online visitors/participants of the Solar Orchard Garden are invited to participate in two complex experiences: Stargazer and Amazonia.

In Stargazer, the virtual environment draws its audiovisual inspiration from a pre-scientific understanding of the cosmos, where the essence of the universe is spiritual, divine, mysterious and full of wonder. It functions as a radio telescope observatory and laboratory environment that inspects manipulates and experiments with the virtual world. Physical activity, like the intensity of movement and gestures near the walls of the projection site, translates into visible celestial phenomena in the virtual world.

The Amazonia experience shows Earth as a continuous ecological equilibrium with the Sun, its source of energy and an extreme danger to life, from COVID-19 spreading across the globe to ritualistic performances that demonstrate to contemporary, Anthropocenic humans, how Nature always calls the shots.

A journey in which it is not we who set out to travel, but our ideas and projects, which span a global network in which we gather to discuss what needs to be done.