Espronceda presents the photo exhibition of the charismatic Berlin photographer.

“Every picture by Sven Marquardt heralds the start of autumn”, as once aptly observed by Christoph Tannert, artistic director of Berlin’s Künstlerhaus Bethanien. Marquardt’s work combines formal severity and clear imagery with bleak impermanence, impresses through interaction of ease, severity and the dramatic art of monochrome contrasting. The ever-changing metropolis of Berlin has shaped Marquardt’s sensibility for striking characters, his sense for the unusual in humanity and his artistic subject. 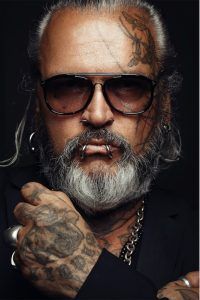 Born 1962 in East Berlin, Sven Marquardt was a defining part of the emerging Punk, New Wave and arts scene in the Prenzlauer Berg neighborhood from the mid 1980s. With the fall of the Berlin Wall he halted his work as a photographer and immersed himself in the reunited city’s rising night club scene. The subject-matter of ‘Night’ left a strong impression on Marquardt since the end of the 90s due to his work as a doorman at the Ostgut club. Marquardt has been working on the door of Berghain since 2004 and from 2007 onwards he’s been significantly involved in the visual appearance of the club’s in-house record label Ostgut Ton. In 2010 his first book Zukünftig Vergangen was published, followed by Heilandand Wild Verschlossen (all published by Mitteldeutscher Verlag), 2014 saw the publication of his autobiography Die Nacht ist Leben (Ullstein Extra).

Today Marquardt is considered the only East Berlin photographer whose work follows the tradition of visual artists Arno Fischer and Sibylle Bergemann combined with an avid emphasis on fashion. This blend lead to contemporary cooperations with fashion lines such as Hugo Boss and Levi’s on the one hand and Germany’s cultural institution Goethe Institut on the other. Marquardt’s artistic vision creates suggestive contrasts rife with inextricable friction through his considered compositions. His strict use of analogue cameras and use of daylight is as crucial for his photographs as the defying looks, the staged, vibrant seminudes and the symbiotic play of his subjects with symbolic poses and accessories.

Marquardt’s body of work has stood the test of time of major societal and cultural changes. His photography seems classic, the underlying contents of his images merge past, present and future. There are echoes of transformation and reformation in his work, as in one of mankind’s oldest symbols of the snake shedding its skin. 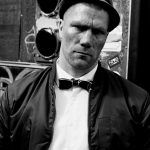 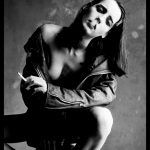 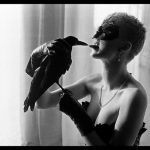 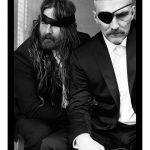 Sven Marquardt will present his work in Espronceda in two parts:
The first part consists of two projects (NACHTBLENDE, from 2013, and LOST HIGHWAY, from 2014, the later was part of the 10 year anniversary exhibition of the Berghain club). The two projects were created together with the fashion label BOSS Orange. Both projects show conceptional approach to photography.

The second part of the exhibition is entitled “FUTURE’s PAST” and shows, from the early 80’s, viewpoints from three decades of Marquardt‘s career and development as photographer.

Videos and photos of the Opening 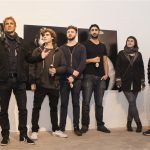 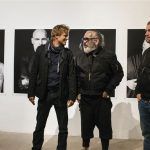 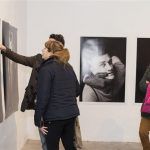 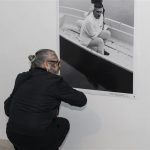 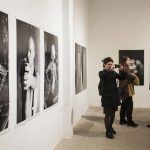 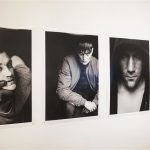 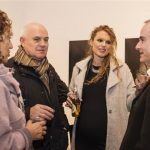 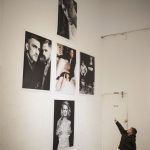 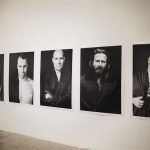 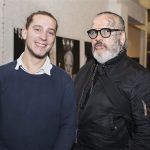 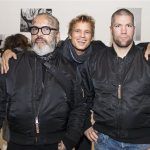 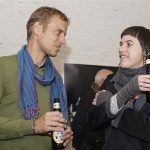 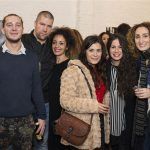 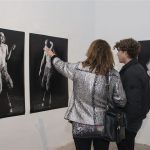 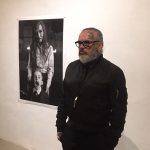 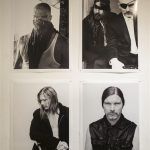 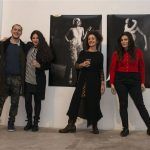 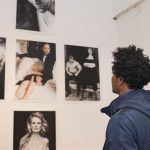 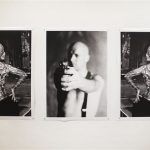 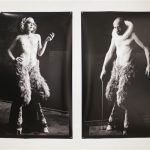 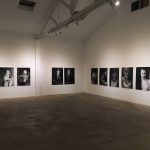 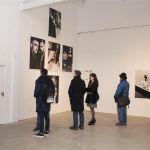 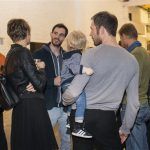 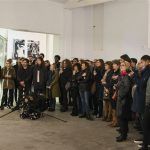