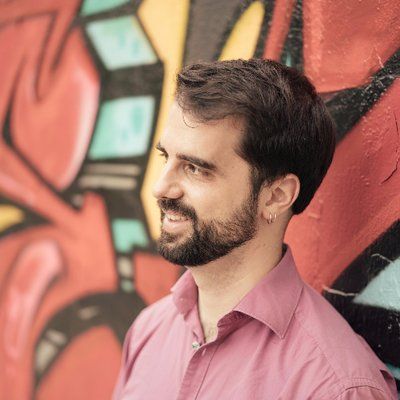 Born in 1986, Albert Marques Borrell graduated in 2008 from the prestigious Conservatory of El Liceu in Barcelona, Spain. He recorded his first album at age 22, leading a trio that included the celebrated guitarist Jordi Bonell, who has performed with musicians such as Chet Baker and Serrat. In Spain, Marques also performed with Perico Sambeat, Marc Miralta and other respected musicians

In Paris, the European capital of jazz, Marques played with the renowned Pierre Perchaud and Rémi Vignolo, culminating in a one-year stint as pianist in the quartet of legendary American minimalist drummer Leon Parker.

From there he moved to New York City, where he played in a Latin jazz big band conducted by the Grammy award winner Arturo O’Farril and teaches jazz piano in the NYC public schools with the Afro Latin Jazz Alliance. He has performed at Birdland, Fat Cat, Duc des Lombards, Jamboree and other venues and festivals in Europe and America including the legendary Montreal Jazz Festival.