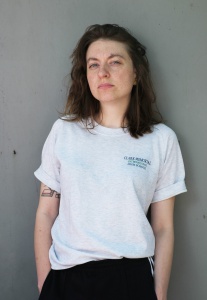 Bettina Katja Lange, is a german stage designer and video artist. Her art work ranges from film, theatre performances to installations, with a focus on exploring the documentary power in unconventional theatre and digital media.
She cooperated with many illustrious film- and theatre makers in Germany, Switzerland, Canada and the US, worked at renowned theatres such as the Munich Kammerspiele, the Hebbel am Ufer (HAU) Berlin, the Thalia Theater Hamburg, at the Theater der Welt Festival Mannheim, the Ruhrtriennale 2019, the Opera Zurich, the Wooster Group and the Performance Space Theater 122 in New York.

In her current research, supported by the Goethe Institute Beijing and I-Project-Space in China, she examines, to what extent ordinary objects and the surrounding private space influence memories behave, social identity and the autobiographical representative power of its owner.