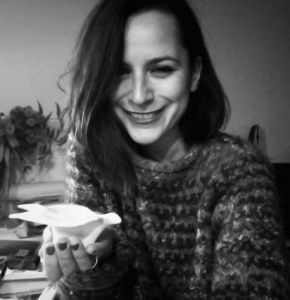 Her work stems from the synergies arisen by the Humanities-Arts pairing. She understands collage as a discursive and disruptive means, through which she sets up new unities of meaning as well as creates unrevealed spaces drawn from an accurate selection, de-contextualization and reframing of disparate material that is part of our visual culture. The driving force of her artwork lies on the complexity of language itself found within a conceptual topic, a literary piece, in a definition or in a simple word.

Thus, each art piece leads to a symbolical locus where an unrevealed backdrop is represented, which although apparently fictional, it’s still intertwined with that reality sustained by the textual source as by the images that have been chosen to picture it.

De los Pájaros’ visual language weaves graphical material from here and there with disparate elements which end up building delimited spaces that evoke meaningful structures willing to call upon the viewer’s imaginary in order to drive him towards an allegorical time and space based on the thin line that keeps reality and its alternative possibilities apart.