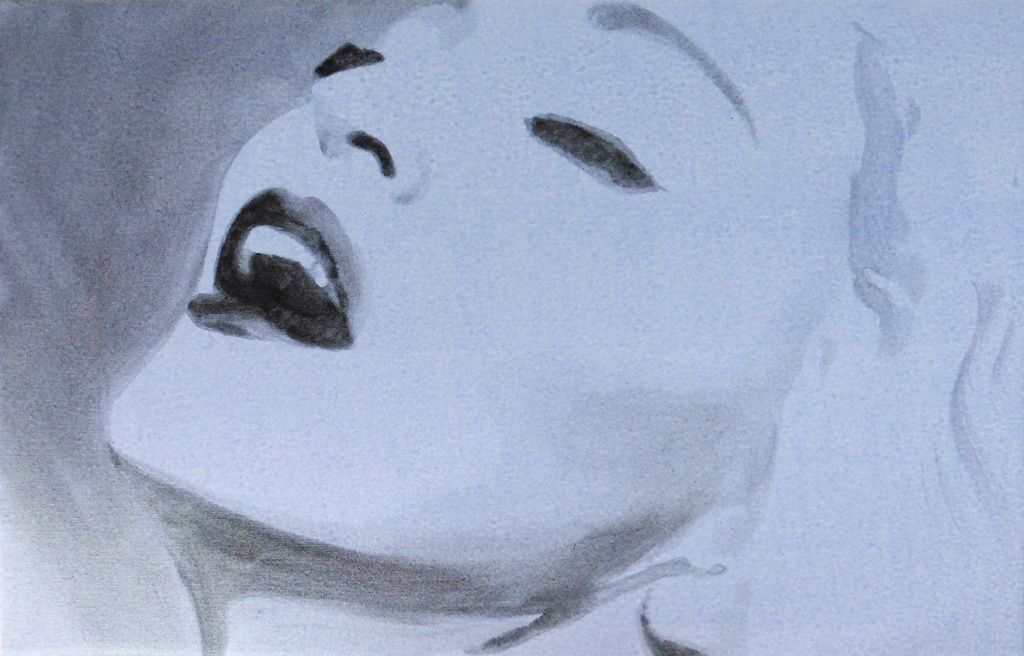 The idea for this installation and it’s series of paintings was inspired by the rising popularity and rapid development in artificial sex partners, as well as by a pioneer of research on women’s and men’s sexual fantasies Nancy Friday, who published them in books titled ‘My Secret Garden’(1973) and ‘Men in Love’(1980) respectively. Explicit, sometimes shocking and above all liberating, these books document the fantasies of women and men celebrating their sexuality. The Secret Garden of Samantha has been created by Jürgenson especially for exhibiting at Espronceda Centre for Art and Culture in Barcelona, the city where the world’s first Artificially Intelligent sex robots were launched by the company Synthea Amatus, founded by the Spanish scientist Sergi Santos. Sex dolls have existed for more than 300 years, but now are being revolutionized thanks to the introduction of computer “brains” and sensors, which allow people to interact with them. Olga Jürgenson (UK/ Estonia/ Russia) is a participant in significant group exhibitions globally, including the 56th Venice Biennial, MANIFESTA 10, Liverpool, Moscow and Ural biennials. Olga was awarded numerous grants and awards from several European foundations, in 2011 she was nominated for the Kandinsky Prize (Moscow, Russia). Amongst her recent solo exhibitions are ones at the State Hermitage Museum, St Petersburg, Russia (2013), New Hall Art Collection, University of Cambridge, UK (2014), European Photomonth, Budapest (2018). Jürgenson’s works are in public and private collections across the world. Olga curated the National Pavilion of Mauritius at the 57th Venice Biennale, she advises on the art programme at Pushkin House in London (UK). www.olgajurgenson.net The artist would like to express her gratitude to Sergi Santos and Synthea Amatus for their kind loan of the AI sex doll Samantha to be present at the exhibition