A black line across the page curated by Valentina Casacchia

As part of the Loop City Screen program of 2019, Espronceda Institute of Arts and Culture presents November 19-23 “A black line across the page” a project curated by Valentina Casacchia, including artists: Francesca Banchelli, Carlos Caballero, Keren Cytter, Alice Guareschi, Annika Larsson , Bruno Marrapodi, Lorenzo Montanini, Sharon Paz, Beatrice Scaccia. In November 2018 a group of four artists (A.Guareschi, B. Marrapodi, L.Montanini, B. Scaccia) along with the curator attended the residency of Espronceda Institute of Arts and Culture in Barcelona, reading out loud the novel by George Simenon “The Snow was Dirty” (1950). This debate led to a reflection on mode of storytelling and throughout the whole year they have been dialoguing among them to propose a perspective on how to narrate a story.

Within the wider topic of the Loop Festival 2019’s edition “Even Outer Space” this project reflects on being “outside”, either formally than intimately, of narration. Some of the works have been specifically made for this exhibition, some other have been selected as relevant to the subject. The title recalls the gesture of underlining a page, as well as highlighting something substantial, or yet erasing, while quoting the major emotional color (grey to black) used by Simenon in his novel. While living our days, we currently spend a good portion of time in the attempt to circumscribe, channel and orient, according to the maximum sharing, the experience in its unfolding. As we move along a never-ending search towards the perfect label, we have crafted a personal language that often embodies a very large spectrum of feelings. Although we might have reduced this whole vocabulary first to captions than images and ultimately to little graphics (i.e.emoji) we still embrace the need of telling a story. Inspired by a re-reading the novel “The Snow was Dirty” (1950) by Georges Simenon the project gathers together a small anthology of video and animation by international artists that investigate modes of storytelling.

Some of them put their effort into the structure and formal nature of language, others, arguing weather narration is possible or not, digs into the imperfection of subjectivity, the resistance of feelings and the limit of communication when it comes to representation. While it pays tribute to one of the greatest writers who existed, the novel focuses on the themes of human imperfection, discomfort, and failure lived through addiction and coldness, eternal topics offering an active chance of reasoning. In addition, the need to consider how we can really build a narration today.

Francesca Banchelli (b. 1981, Italy): works with performance, video, drawings and paintings. Francesca
Banchelli’s research, results in a body of work that questions performative dynamics. The gesture’s enhancement
accompanied by time and surfaces, results in the shape of a rhythm, with which she faces conceptual encounters
between matters; revealing the moment where a given context becomes an “event”.

Carlos Caballero (b. 1983, Cuba) : the work of Carlos Caballero feels like a miniature universe, a world where everythingseems in sync except that we – as spectators – will never be able to fully grasp it. In this whole, every painting, every drawing functions as a world unto itself. The contours of the canvas and the paper appear – without fault – to form the outer limits of the works. They keep the planes and figures together like islands and their inhabitants. Protected from the outside world all the elements are kept in check on the canvas and never venture “over the edge”. The works suggest a spelling, grammar and vocabulary used to tell stories. Reminiscent of hieroglyphs or cave paintings they appear to portray contemporary or future mythologies looking for fundamental and universal themes that go beyond generations, cultures and languages.

Keren Cytter (b.1977, Israel) creates films, video installations, and drawings that represent social realities through
experimental modes of storytelling. Characterised by a non-linear, cyclical logic Cytter’s films consist of multiple layers of images; conversation; monologue, and narration systematically composed to undermine linguistic conventions and traditional interpretation schemata. Recalling amateur home movies and video diaries, these montages of impressions, memories, and imaginings are poetic and self-referential in composition. The artist creates intensified scenes drawn from everyday life in which the overwhelmingly artificial nature of the situations portrayed is echoed by the very means of their production.

Bruno Marrapodi (b.1982, Italy) lives and works in Milano. Graduated at the Institute of Design he further
specialized in painting exhibiting nationally and internationally. Dragged by a mix of local tradition and grotesque
fiction he developed an interest for crimes, cabaret, and poetry. He recently started to produce short movies and radio broadcasting.

Lorenzo Montanini (b. 1980, Italy ) is an Italian actor, creator and director. He studied with many artists in Italy and abroad such as M. Tarasco, B. Meyers, The Living Theatre, Milon Mela, E. Vargas, Teatro de Los Sentidos, A. Bogart and the SITI Company. When he moved to the United States he studied cinema at New York Film Academy and he was the first Italian to be selected by SITI Company to train with them at Columbia University and Skidmore College. He teaches and practices VIEWPOINTS training and the Suzuki Method of Actor Training and he has been directing an experimental bilingual laboratory of contemporary Chinese theatre for the University L’Orientale of Naples for more than 14 years, staging every year a new show never published nor staged in Italy before. He has directed shows in many festivals in Europe and in America.

Sharon Paz (b. 1969, Israel/Germany ) Paz concentrates all revolts and reigns of terror into one pars pro toto. She
presents images of strong suggestive power which, due to their combination of fantastic landscapes, mythological
motives, and modern-day objects, remain completely ambivalent with regard to the history of mankind. The aesthetic appeal of this artistic “narrative” lies in the discrepancy between the seemingly romantic scenery, the surreal, composed landscapes, and the individual hyper-realistic elements that immediately activate the observer’s topical visual memory. Warships, protesters with raised fists, demonstrators with banners and flags, as well as people who practice their faith by kneeling down to pray, all quote the visual canon of modern day theatres of war. Images showing a withered, burned tree, a figure with a telescope or possibly an anti-aircraft missile, a bulldozer, and planes shooting past in the sky immediately call Afghanistan to mind.

Beatrice Scaccia (b.1978, Italy) is a visual artist and writer living and working in New York City. Originally from Italy, Scaccia studied Fine Art at the Fine Art Academy in Rome and Writing at the Minimum Fax Editor (Rome) and the Holden School (Turin). In 2006 she co- founded the non-profit art space INART with renowned artist Gino Marotta, where she was the Director and educator for five years. Scaccia’s practice has long been an amalgamation of the written word and visual language. Her visual works are part of many important private and public collections, included The William Louis-Dreyfus Foundation. Her work has been featured on Artnet News, Flash Art, The Art Newspaper, Domus, Marie Claire, Arte Mondadori, Drome Magazine, InsideArt, Art Fuse, Sole24Ore, Exibart, Atribune, Espoarte. 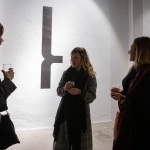 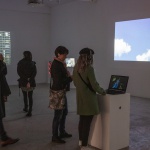 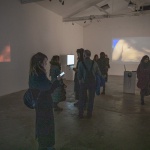 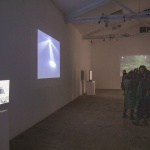 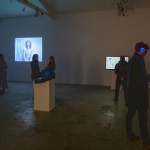 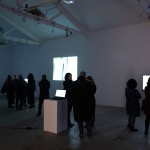 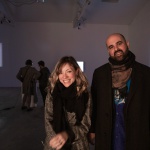 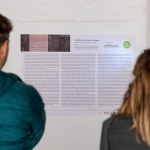 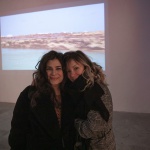 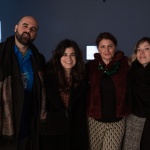 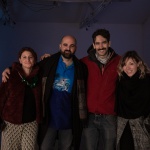 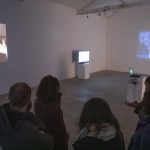 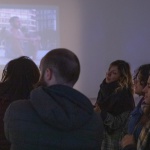