Eric Bocanegra is an artist of Swedish descent, raised and educated in Barcelona. And although his career has been developed mainly in this city he has also collaborated with galleries and art centers in other European cities such as Berlin, Stockholm and Gothenburg. He has recently been selected to participate in the Art Madrid Contemporary Art Fair.

Painter of unstable and turbulent life history, Eric Bocanegra is the author of a dark work, with a particular sense of humor, very personal and unmistakable, undoubtedly one of the most interesting of the current artistic scene.

The seed of his creative process resides in his tireless introspective search, in the extreme sensitivity with which he lives each experience and in an almost sickly obsession with language, the ineffable and the unrepeatable. All this leads to a fascinating world of solitary and multiform characters, fixed on the pictorial surface again and again, as a light impact on the retina. A world that allows him to build, in the hermetic atmosphere of his workshop, a sense that is essential to survive the absurdity of reality, his reality.

Regarding this exhibition and its name, Eric Bocanegra is consistent with his own discourse and prefers not to give explanations: he does not want to confine the expressive possibilities of his work nor determine the spectator’s emotional freedom with words.

The only clue we can give is that provided by the dictionary:

The full creative freedom that Espronceda allows him and the extraordinary expressive level achieved by the artist make EPISTAXIS his most relevant exhibition so far.

On Thursday 23 March at 7.30pm Espronceda, Barcelona’s Art and Culture Center opens the EPISTAXIS exhibition of the artist Eric Bocanegra. It is a sample of oil paintings and a selection of serigraphs belonging to his most recent work. The visitor who approaches Espronceda between March 23rd and April 4th will have the opportunity to enter the entrails of the imaginary of Bocanegra.

Carrying out a communicative act entails an adaptation to certain logical patterns characteristic of the language chosen in each case. We could even state that language has a tendency to speak despite the subject and in doing so, the communicative ability of the speaker remains unconsciously dissolved. Language speaks and thus, silences the subject. This auscultation of the communicative medium is an essential part of Eric Bocanegra’s work. An intense conversation of our artist with his medium makes possible the introspective process through which he reaches his space of expression. At the same time, a parallelism between this practice and the location of the subject in society sets up. In his work we contemplate the distance between the characters and the aggressive social communicative medium that we are part of nowadays.

The projection of characters on simple strokes and his game on the pureness of colors make possible a controlled access to his expression; an expression that aspires to communicate through the sensitive foundations and the creation of inherent symbols. The careful selection of working material has as a consequence an intense outcome in the shape of textures and shine, innate to the environment set in each artefact.

Through a process of deep introspection Eric Bocanegra identifies his own strokes with what wants to be shown and in it we find the key to his expressive success, for he appeals to what is not circumstantial of all subject to generate the distance between the spectator and the surrounding world. By means of the portrait of characters the spectator is drawn to strangeness, to an unheard of part of existence, that isolation within culture that leads him to connect with the subtleties of conscience and shock.

This process does not lack violence and a certain monstrosity, the same with which conscience is obstructed in the walls of decay. 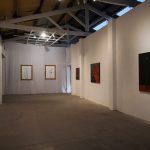 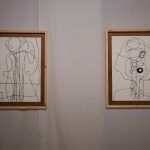 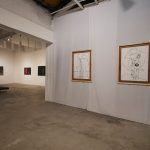 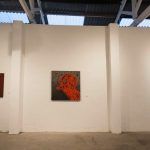 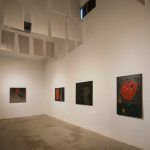 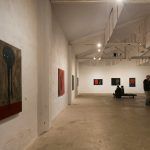 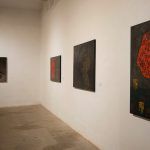 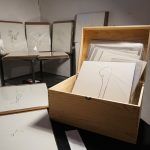 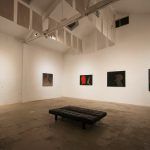 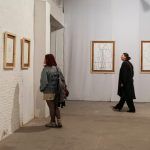 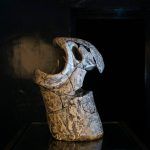 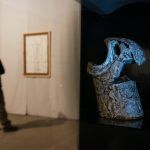 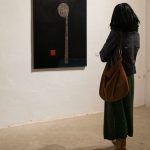 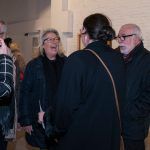 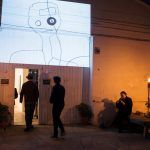 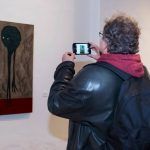 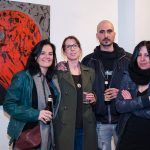 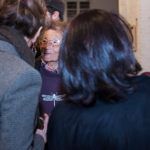 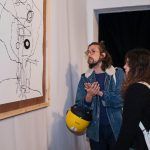 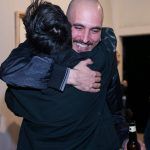 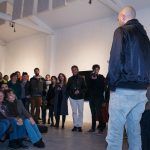 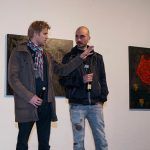 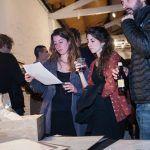 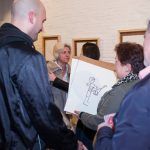