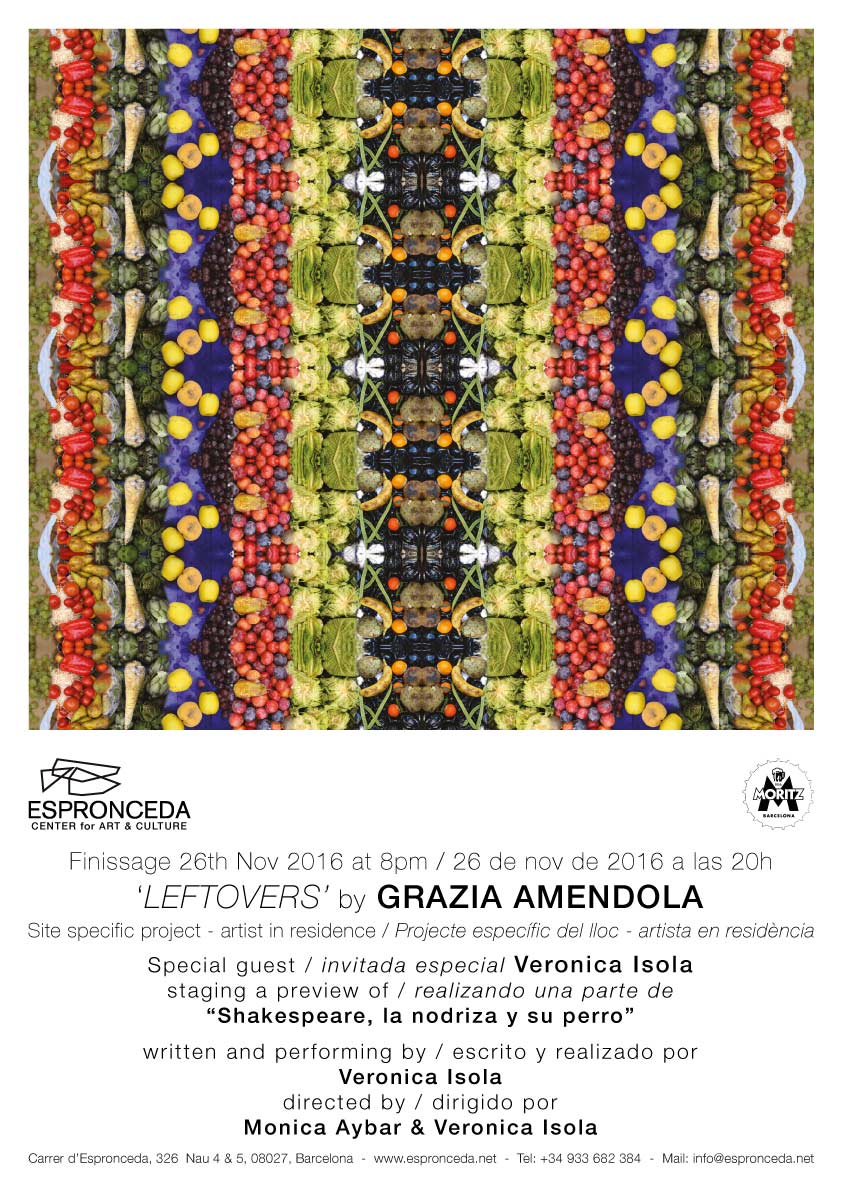 An opportunity to discover her artistic project Leftovers a research realized in connection with the Barcelona’s markets, during her Residency at Espronceda Center in Barcelona.

OPENING HOURS WERE FROM: Tuesday to Friday, from 4pm to 8.30pm / Saturday from 4pm to 7pm

Grazia Amendola’s project is inspired by the popular markets of Barcelona, by their particular structure, colors, food and sounds that make them alive and dynamic. The research will focus in particularly on the concept of “leftovers” as a metaphor and a socio-anthropological reflection for the value of the food and the re-use of it, when it is possible. Beyond the esthetically beauty aspect of the perfect “object” those scented, captivating merchandise towers after the closing time become waste, rubbish, “leftovers”. The artist wants to rework heaps of garbage, rubble scrap, production waste in creating impressive and massive towers in so doing the consumer goods are denuded by their social nature in becoming a hypnotic form dressed in sacredness.

Grazia Amendola wants to underline also the importance of the markets as a significant centre of daily life and culture of an area, places that produce and reproduce daily relationships between people, triggering processes of socialization in a mechanism of anthropological automatism. Her reflection will refer to the essence of the perfect food, the “waste”, the life of workers in the market in connection with the poetry of José de Espronceda, in particularly his poem “The mendigo”. The exhibition space becomes a sort of translation of a “leftovers” produced in the market, by allegorically reporting food poetry, telling a story on human experience behind a  – ” market stalls”, a worker. The approach to the exhibition site is direct and the place itself becomes the starting point for the development of the artistic research. This principle is one of the main aspect of Grazia Amendola’s work which she continuously try to relate to the environment in which they were born and took shape, highlighting the ongoing relationship between man and nature, in a balance derived only from mutual and constant respect. 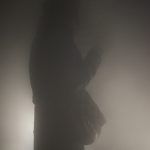 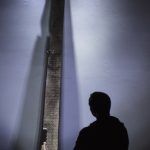 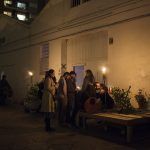 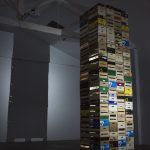 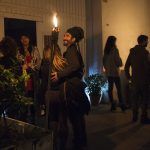 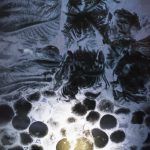 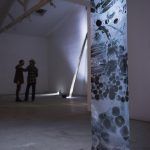 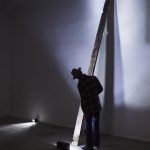 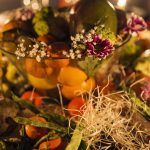 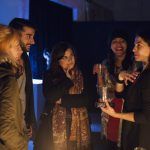 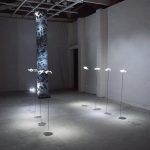 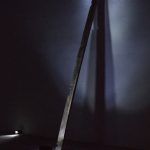 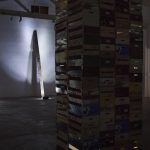 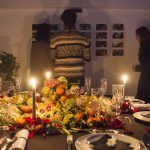 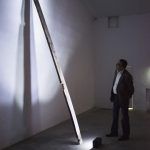 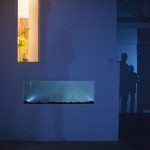 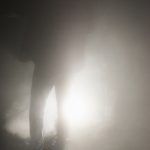 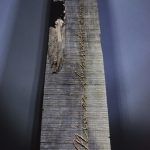 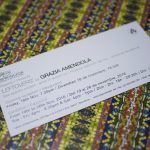 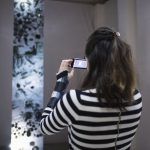 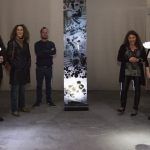 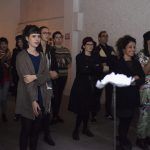 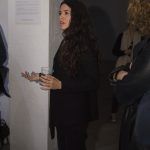 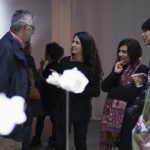 “Leftover is a thing that remains after something is finished or ended”.
Leftover is the residue, the reject, the remains after a meal has been consumed or when the market is closed and its stalls are disassembled and overturned. Leftover is what is left, what carries the experience of a fragment of time. Grazia Amendola decided to meet Barcelona in its local markets, talking to the sellers, observing how fruits and vegetables are disposed in order to appear as desirable as possible and how the configuration of these places recalls that of the squared geometry of the city. The market is the place of meeting and exchange par excellence, crossed by underordinary differences and habits. The market as a space for social interactions and negotiation, as well as intended in its economic extension, is the centre of this site-specific project for the Espronceda centre, where the artist spent her period of residency, which is presented as an open research. Recorded noises and voices among the stalls enter the exhibition, introducing to the vision of a big photography installation. The technique deceives the spectator as it gives the appearance of an extended x-ray of waste fruits, actually stopping the vision on the surface, on the peel. Left#1 dropping vertical from the top leans on the floor of the first room, and allowing the spectator to approach, it lets the body to mirror on the opaque and reflecting surface, blending into the portrayed objects. Rejects and residual elements inhabit the exhibition space, traces of the market, in a suspended time, ambiguous and similar to the one when the sale is finished or is going to start. In the large central room two sculpture interventions, linked by the material and the vertical tension, converse from the edges, while the centre is left empty for the visitor to step over. Left#2 is a precarious architecture of recycled wooden boxes, as disposed by sellers after being emptied or just before being used. With its tower-like structure, it recalls the stack of packing and transports of the large-scale retail trade, making reference to the overproduction, one among the biggest causes of waste. Left#3 re-uses a material proceeding from the warehouse of Espronceda. An overturned wooden scaffold board, which leans on the wall, is engraved with a verse of the poet whose name was used for the cultural centre.
Mio es el mundo como el aire libre. Otros trabajan porque coma yo.
(The world is mine, as free as air. Let others work that I may eat).
For quite a long time the artist has reflected on food and related economies, as a form of social control, exposed to regulations and rules which are often as far from the good sense as from the sense of hunger. Freedom, desire and work coexist in the selected verse, opening considerations on food control – from the seed to the large-scale food distribution – and on workforce, as a form of contemporary slavery. Amendola’s interventions intercept and bring back the traces of those human gestures which are constituents of the market, in the collection of wooden boxes, in the discarded fruits at the end of the day because they are not beautiful enough to be sold, in the hands of its workers which the artist fixes thanks to the plaster casts of Left#4. The market is first of all a work place, a place of micro- and macroeconomics, crossed by who learnt how to grab the last discounted fruits at the end of the day, by those who carry and sell big loads. For years, Amendola’s artwork has investigated the relationship between bodies and biological forms, looking at human beings as part of an ecosystem, placing emphasis on their actions and visions, which are often unaware but not free from effects. Even Left#5, the installation placed in the smallest room, refers to the human gesture on the environment. A window pane connects the two spaces, allowing just the vision of mounds of earth on the floor of an overheated space, whose thermic variation not only provokes an estranging experience to those passing through, but it also makes the glass to sweat thus impeding a clear vision. The last room opens on the top of the central one, from where the vision is only partially allowed, in fact it is forbidden for the spectator to go up and access it. It is possible to distinguish a coloured wallpaper, which covers the walls: in Left#6 the repeated geometries of fruits and vegetables create a decorative pattern, converting in an apparent esthetical eccentricity, which visibly recalls the local floral style. This refined ambiguity interrogates the possibility of the artist to act on crucial contexts and issues, as the wastefulness and the worldwide food control. Deliberately Amendola presents – as often – a formal vision, which pauses on evidence, aiming to open a free space for thoughts, toward which the first step is a necessary and discriminating attention, needing an obstinate will to look beyond the stall or the supermarket shelves display. In these works, the artist continuously arranges obstacles to the vision and at the same time she repeatedly shows elements found during her research, partly reporting her experience of impossibility, during the residency, to access the back side of the markets, in the spaces dedicated to the garbage. Permits, forms, online procedures seem necessary in order to have the possibility of observing and understanding how the garbage of Barcelona markets is treated, unsuccessfully. The organic leftover becomes then – almost ironically – a priceless material.
Giulia Crisci