We are very honored to present the prize-artistic residency Espronceda / ARBA-ESA in cooperation with the Royal Fine Arts Academy of Brussels. We are thankful to the director Charlie Taché of the Gallery Tat Art of Barcelona for his contribution as a member of the jury of the prize.

This project represents Espronceda’s philosophy on the importance of a good contemporary practice on the relationship between universities, academies, and centers of art: “Sidereal/human architectures” is the aesthetic synthesis of the young artists Emile Pierre’s and Anastasia Kosmadaki’s artistic research. They propose a new and critical look on how to create and use different techniques to reconnect the human being with the space and the imagination. The exhibition shows the young artists’ sculptures who work with space processes from the peripheries with an attentive listening to the spatiality of the reality and the tangible and intangible world. Spatial aesthetics is an intervention into thought production systems, communication, and technology in presenting models that sometimes diverge, or create concrete alternatives of transformation, in so doing the viewer can enter into an imaginary, three-dimensional and entropic architecture of the reality and imagination, from utopia to dystopia and from dystopia to utopia.

Emile Pierret with his sculptures builds metamorphoses perceptive previously acquired through a theoretical knowledge and transported to an « other world », where the real and the illusory are in the same space. With his work translates the reality in aesthetic criticism shifting the era of consumerism in an imaginary and parallel dimension to cause spectator’s reflection from dystopia to utopia. His sculptures are the result of his trip to Barcelona.

Anastasia Kosmadaki artistic research is on parallel microcosmic architecture translated through sculptures and embroidery. She wants to create a mystical and spatial vision of the reality, myths, and nature in creating sculptures connected with the poetics of embroidery in underlining the importance of the relation between tradition and contemporaneity. With her work, she translates the importance of the gaze, reflection, utopia hidden in the mystery of an engineering, emotional and mysterious nature. 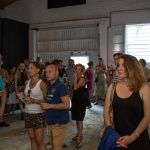 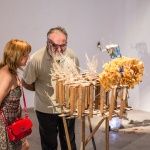 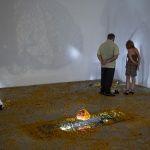 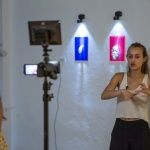 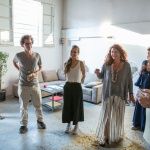 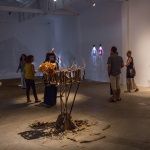 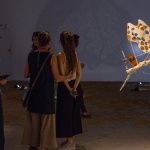 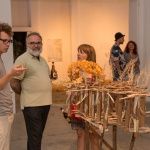 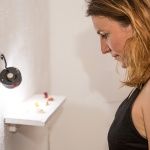 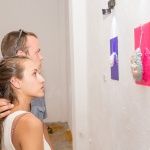 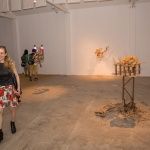 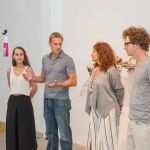 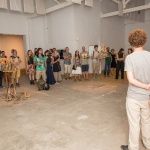 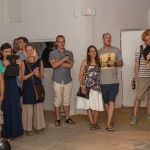 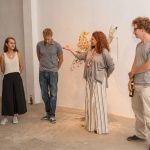 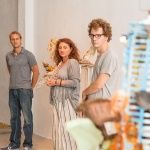 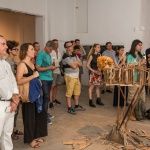 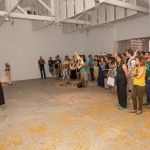 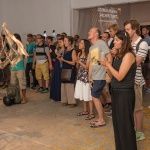 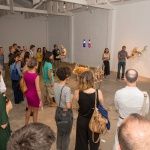 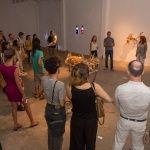 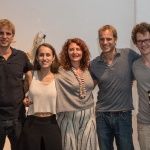 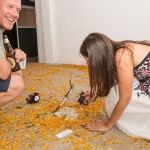 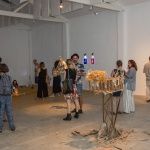