YOU’RE A TOURIST IN MY TOWN

by Aili Schmeltz and Gabriel Dubois

For the first time in their careers Aili Schmeltz (Los Angeles, United States) and Gabriel Dubois (Vancouver, Canada), meet in Barcelona for the realization of You’re a Tourist In My Town, a residency based project curated by Valentina Casacchia opening July 20th at Espronceda Center for Arts and Culture from 7:30-10 pm.

Conceived as a performing installation and a site specific territory the exhibition engages the public in a deep reflection on identity and limits. With a reference to several terms involving the meaning of being a foreigner in a different country, both artists decided to build a visual stage surrounding these topics without ever falling into a pure political statement. We are offered the spirit of an incognito tourist, with all the implications that the term might signify. We all become observers, the artists and the public, studying each other in this complicated and layered condition.

The installation is based on ideas of respect of the barriers while seeing the beauty and dignity in the act of being obstructed and blocked from entering a space. By respecting the boundaries drawn by the locals within a , they do not want to intrude, content to not know or see too much. The fences, screens, and barriers become sculptures, objects of beauty and humanism, the line drawn in the sand functions as an act of drawing or mark making.

Aili Schmeltz is a Los Angeles based artist that studied at UCLA, obtained an MFA from the University of Arizona, and a BFA from the Kansas City Art Institute. She has exhibited internationally in cities such as Berlin, London, Zurich, New York, Los Angeles, Chicago, and Miami. Recent career highlights include a California Community Foundation Fellowship, a solo exhibition at the Museum of Contemporary Art Tucson, and a Pollock Krasner Foundation Grant. Other recent awards include The Creative Capacity Fund Grant, The Durfee Foundation Grant, and Foundation for Contemporary Arts Grant. Schmeltz has been an artist in residence at the Bemis Center for Contemporary Arts, Sculpture Space, Babayan Culture House (Cappadocia, Turkey), Takt Kunstprojektraum (Berlin, Germany) and Scuola Internazionale di Grafica Venezia (Venice, Italy). She was cofounder of the Los Angeles Art Resource and founder of Outpost Projects, a project space in the high desert of California.

Schmeltz is an installation artist, sculptor, and painter. Her work exposes the manifest juxtaposition between her upbringing in the midwest and her temperamental adopted city, Los Angeles. Schmeltz sees the strive for utopia a being just as utopian as the physical place or the paradisiacal goal realized. The building remnants strip the hybridized structures of their naiveté, and consequently, they look less like futuristic possibility and more like fallen monuments of idealism. Her sculptures utilize materials and methods common to the entertainment industry facade construction and examine modernist building materials and proportions.

In her large scale paintings and works on paper Schmeltz straddles the lines of two and three dimensions while addressing the act of seeing and the physical act of interacting with objects. Schmeltz builds her two dimensional objects in a similar manner to building sculpture; linear perspective, graphite lines, and color gradients are layered and stacked to interact with one another to create spatial illusions and vibrating moiré patterns that trick the eye. These drawing/painting/sculptures  require the viewer to move around them to observe the image or dimension of the work shifting in and out of focus, stressing the object-hood of the traditional viewing window.

Gabriel Dubois is an artist from Vancouver, Canada, who studied at the Emily Carr Institute of Art and Design. Gabriel has been based in Europe for the last decade working and exhibiting in Berlin, Hamburg, Leipzig and London, England. Dubois’ practice, based exclusively on the doctrines of street art, postmodernism and povera art, arises from an innate desire to express and inscribe his heterogeneous life of experiences through the formal language of abstraction. In addition, Dubois has exhibited in cities like Tokyo, Toronto, Warsaw, Colonge, Saignon, New York and Vancouver. His work is in numerous collections, including the Chan Foundation and the Spiegelberger Collection.

In its earliest form, Dubois expressed this through painting the carriages of Canadian

freight trains, creating mobile public displays of his work across his native country. Time spent as a house painter furnished his artistic vocabulary with an acutely measured brushstroke now synonymous with his practice from Berlin to Sri Lanka, wherever the artist has been based. Dubois’ work channels his nomadic existence through an equilibrium of signifiers and symbols; energetically painted geometric forms are punctuated by collaged magazine and flea market imagery, synthesizing the chaos and detritus of urban life, and its indifference to cultural specificity. High art, religious symbols, graffiti scrawls, and everyday media merge, forming an absorbing abstract picture plane.

In a parallel practice similarly employing found materials, Dubois creates wooden shelter-like structures, reminiscent of the hippy colonies built by US draft dodgers during the Vietnam era on the islands off the Vancouver coast. Regardless of where he finds himself, Dubois has continued to create these shelters as temporary studios, places of refuge, and formal counterpoints to his painted abstract compositions.

Valentina Casacchia is an Italian art historian and independent curator based in Milan. She gained her MA in Contemporary history of art in Rome, before spending a year of studies at the EHESS of Paris. Between 2005 and 2011 she worked in New York for several institutions (Solomon R. Guggenheim Museum, The Armory Show, The Jersey City Museum, Freight +Volume Gallery) as well as curating extensive private collections including the Gregory Callimanopulos Collection. After a year of teaching at the University of Pavia, along with several collaborations with international galleries, she is also currently artistic director of the KNACK Studio in Milano which combines together a wide range of expressions such as installation, sculpture, painting, photography, video, and performance. 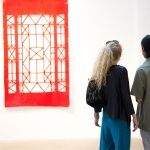 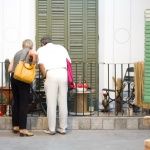 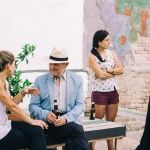 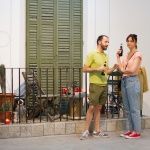 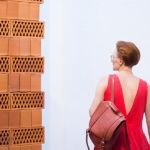 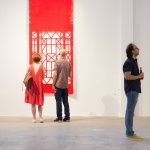 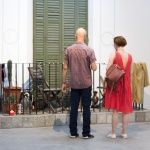 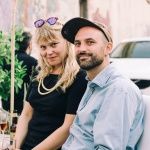 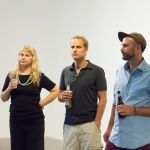 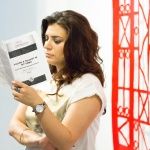 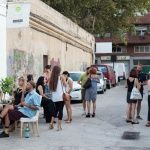 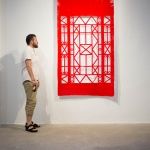 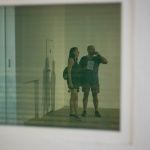 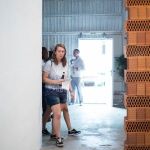 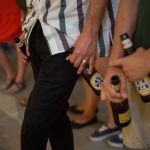 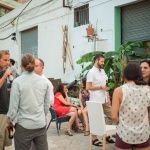 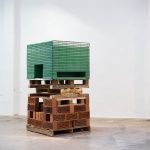 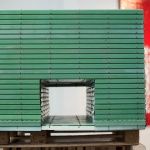 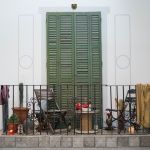 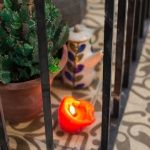 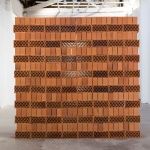 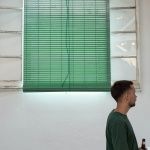 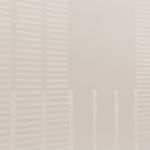