Tell my wife to eat my corpse and when she’s done eating my corpse, you’ll eat her BY Georg Pinteritsch 20/09 @19h30

ESPRONCEDA > Events > Tell my wife to eat my corpse and when she’s done eating my corpse, you’ll eat her BY Georg Pinteritsch 20/09 @19h30 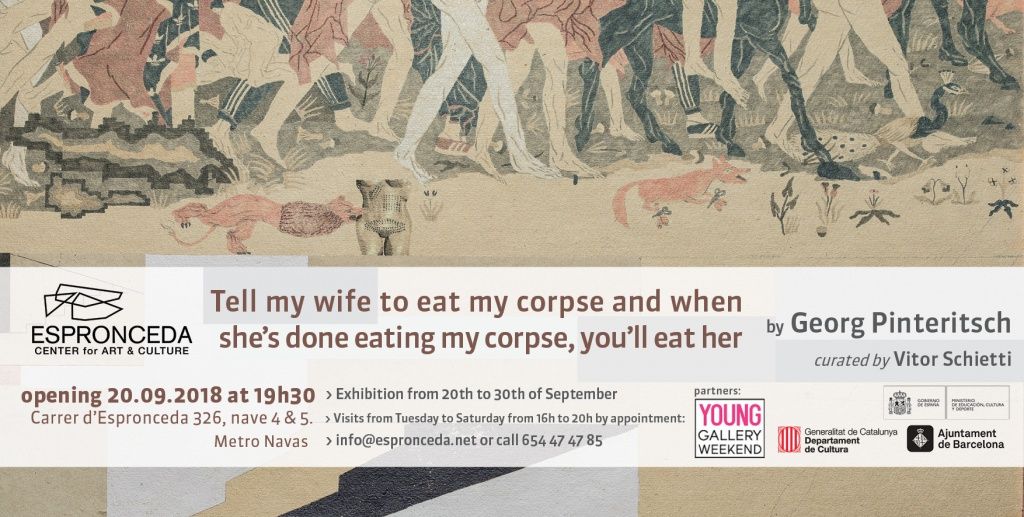 When confronted with the representation of a visual landscape telling stories with no distinct beginnings nor endings, it’s hard to grasp an immediate understanding of what is before our eyes. Appreciation requires patience, investigation, and further down this path, it suggests acceptance.

While at such a task, one may encounter cloths that conceal and reveal human nudity. But like in a puppet shadow show, the observer can only see the outer projection of an inner world. What is hidden in this world is the quest that drives Georg’s visual narratives.

The bi-dimensional representation of wicked scenes, often quite enigmatic, is here taken to its ancient origins. A style inspired from a time when content ruled over form, when the message prevailed over the representation of reality, somewhere before the Renaissance and its correctness, marginal to its notions of light and shadow, perspective and proportion. But not quite. On a closer inspection one will find that the human figures and the geometrical shapes at play on Pinteritsch’s visual vocabulary may exist right on the edge of those classical guidelines, as they are far from simple, nothing close to naive, and as complex as one’s will to dive into them. His compositions are born from patiently built layers of narratives populated with symbolic meanings. Not the kind of symbols that can be found in a dream dictionary, a Jungian guide to astrology or any other framed scheme. Symbols are here born freely to evoke one’s personal universe, one’s fears and desires, one’s own unique perspective on the human experience. Along the way of this idiosyncrasy, one has the chance (but not the certainty) to come across common understandings, acquainted sensations and even shared fetiches. It all becomes familiar in a disturbing way. As if these figures have been seen before, resonating through a historic perception of social construction.

Glitches divide characters in half, landscapes shuffle in abrupt movements, objects are interrupted, reconstructed, reassembled, randomized, destroyed and rebuilt, covered by a pink acrylic paint or cut out with a sharp razor. The eraser has little use, it may as well be lost in the artist’s toolbox. But not the pencil, not the marker nor the brush. Whatever pigment is laid on the surface is a dent in reality. It may as well be replaced, but never deleted.

Like a puzzle that exhibits no image on the box cover, Pinteritsch’s compositions are open narratives,  invitations to be told by the voices of different narrators. Such narratives often develop amongst architectural shapes with no clear purpose and dwell in spaces scattered with analogical pixels, hints to be discovered by the attentive eye.

Sexuality is certainly noted as it stands in opposition to any sort of taboo. At times when images of female nipples are censored on social media and often bring black squares to cover them, the explicitness of the artist’s characters comes close to a protest, or perhaps a statement of free will. Unlike censored tags, right-angled shapes in the landscape appear to imitate the pixels of a vintage video game, reminding us of its playfulness.

Chaos is certainly present, like a fire burning and nurturing with ashes. It is not a ruler, but rather an advisor. It plays respectfully with order, as if one takes turns in revealing and concealing the other. While embedded in this antagonistic movement, what is there to be found? 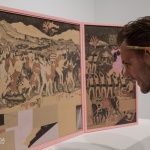 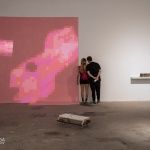 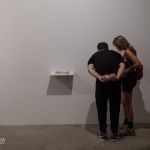 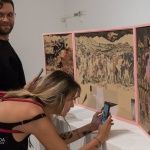 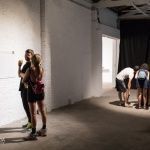 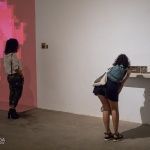 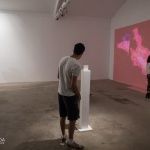 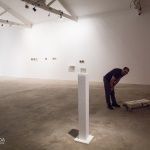 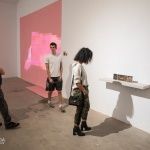 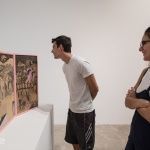 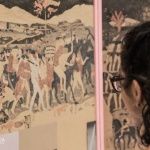 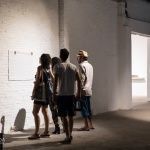 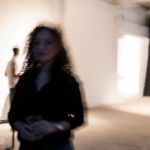 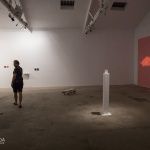 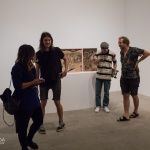 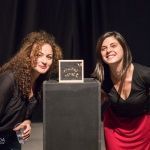 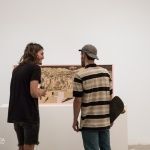 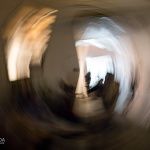 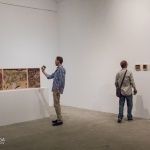 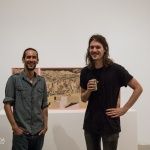 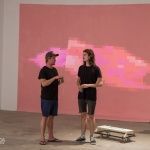 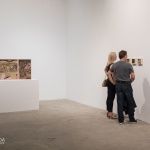 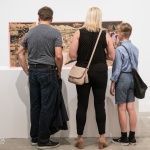