Beyond the Object on the Creative Spectrum

ESPRONCEDA > Events > Beyond the Object on the Creative Spectrum

The exhibition Beyond the Object. On the Creative Spectrum is the result of the collaborative work between sculptor Raffael Lomas and photographer Tai Lomas in which, through an artistic dialogue, the process of creation goes beyond the merely objectual to generate new multidisciplinary relationships that, in turn, provoke new conceptual approaches to the art work.

Taking as a starting point a ready-made object – the chair – Raffael Lomas transforms and manipulates reality through a sculptural language that, without adding or removing materiality, creates a new identity that unfolds multiple meanings. This new sculpture represents the beginning of another creative process between sculptor and photographer that leads to the Simultaneously series. Here, Tai Lomas converts three-dimensional objects into two-dimensional ones. He seeks to capture the hidden aspects of sculpture by allowing the viewers to expand their experience and simultaneously contemplate three different points of view of the same sculptural object, discovering new narratives and identities.

This creative process continues to develop when Raffael Lomas cuts the chairs in two (opening a new branch within the sculptural language), enabling the possibility of movement within the sculpture itself. This is how Tai Lomas approaches it, investigating the gravity of the empty space between the two parts of the chair, what is present and absent, and wondering what would happen if a body inhabited the same empty space as the sculptures. This question leads both artists to consider an innovative phase of dialectics born from a new multidisciplinary relationship with dance. By inviting dancers from all over the world to interact with the sculptures, a new space of dialogue is produced between two opposing qualities, the immobile and the stable (the chair sculpture), and the mobile and alive (the bodies).

In Musical Chairs, Tai Lomas captures the ephemeral and immaterial essence of dance by freezing the movement of the dancers in dialogue with the sculpture, thereby creating photographic sculptures.

Both artists seek to capture and materialize this created movement of the dance between body and sculpture by offering a new image, the result of the memory of the body’s movement in space. A memory that, through a three- dimensional camera, is translated into a trace that, in turn, reverts to the starting point and becomes an object.

This object is the result of a new relational sequence where movement takes material shape and which we can see in the Metamorphosis series, which consists of seven sculptures equal in form but different in material (bronze, gold, carbon fiber, copper, white plastic, platinum, and crystal). Equal and unique at the same time, thus representing a significant contribution to the definition of the sculptural series, also because the sculpture originates from something ephemeral: the trace of a movement.

Is the chair simply a chair, are the photographic images only photographs, are the moments simply time or can they also be matter?

In Beyond the Object. On the Creative Spectrum, Raffael and Tai Lomas navigate a quantum creative spectrum investigating the infinite possibilities and identities of an object, its hidden aspects, the essence of its transformation and the simultaneity of its existence, making visible what is invisible and material what is immaterial. A spectrum in which different languages, disciplines, spaces and presences intertwine to go beyond the object, exploring new ways of understanding, ultimately, the universe. 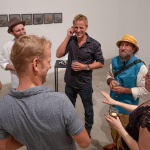 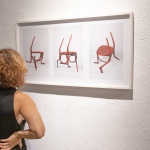 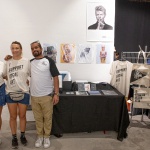 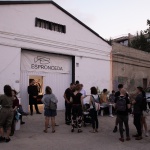 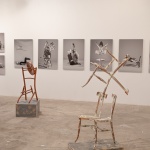 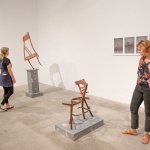 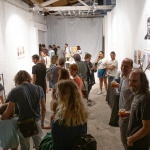 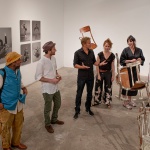 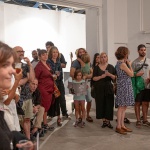 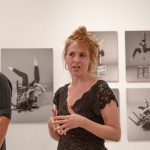 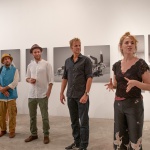 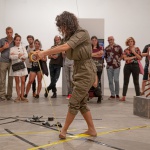 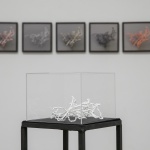 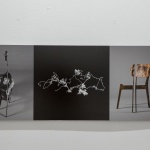 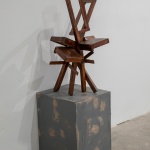 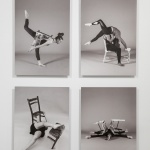 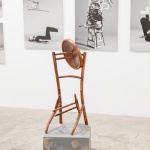 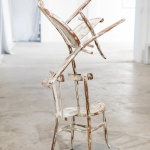 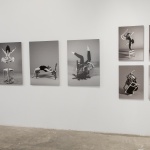 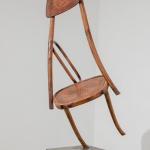 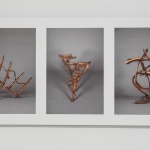 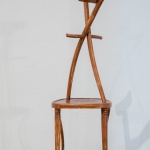 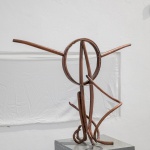 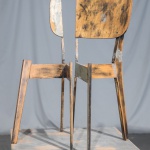 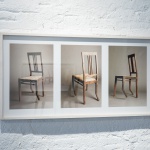 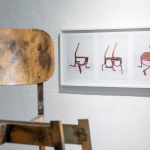 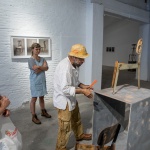 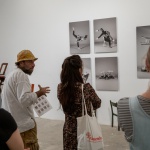 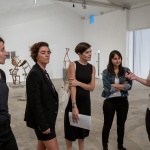