curated by Caterina Tomeo and

In cooperation with RUFA Rome University of Fine Arts

23-24 September 2016 University of Surrey in occasion of Euro PSI “After the recognition of Intersex Human Rights”, England

2017 (to be confirmed the dates) Spanish Royal Academy with the patronage of German Embassy, Rome Italy

Liquid Gender is a new exhibition project by Fabian Vogler, curated by Caterina Tomeo, that will open on the 28th of September 2016 at Espronceda – Center for Art and Culture in Barcelona.

In Liquid Gender Fabian Vogler explores the topics of intersexuality, gender and diversity, paying attention to the complexity of the issues involved, trying to overcome positions of normalization and, even more so, of censorship.

As Giovanna Zapperi wrote in her book Lo schermo del potere, „it is necessary to take an interest in the reality of discrimination and humiliation that women, migrants, lesbian, gay, trans genders [and intersexuals] experience every day, and the violence suffered by those marked as different people, the reality of the struggles and the strategies of resistance and opposition. This dimension is conflictual…and touches in general all situations where the imaginary acts in a particularly oppressive way on the identity and on subjective situations.”

The interplay between arts and gender has been characteristic of the research of various authors of a defined historical period – naturally the Seventies Movement – but in subsequent decades and recent years, deliberations about gender and difference were led by the assumption that it is primarily ancient and mythological phenomena which govern in a special way the dichotomy between man and woman.

Vogler investigates these issues creating polymorph and poly-expressive pieces which are generated from the idea of change and transformation into another thing, something that’s different from ourselves. His obsession with the imperfection of the form and with the semantics of materials, generates hybrid figures that live in bizarre landscapes, chosen by the artist, more often than not with some subtle irony, during his frequent international travels.

The link between gender and visuality can find an important point of elaboration in the use of technology – that plays a central role in this project – in the way the artist involves the technological dispositive for the depiction of sexual diversities. Furthermore it is interesting to notice how diversity for Vogler is the sign of an ‘otherness’ which opens alternative ways of being in the world, of living, of behaving, of acting as an artist. In his art “fragmentation, deformation and damages are not only vital for the shape, they are essential with regard to contents, i.e. the disruption. The lack of perfection, the disruption stands for incurable human imperfection”.

During the exhibition Liquid Gender, Vogler will present a selection of sculptures that are part of his Menina series started in 2013 during the first residence of the artist at Espronceda.

The central work of the exhibition will be an installation consisting of two connected projections together with a large bronze sculpture. The first projection will be visible on the main wall of the gallery – recorded with a video camera in the city centre of Barcelona. It will be serving as a setting for Vogler’s bronze Menina|3 (2013-2016, 140×92,5×48,4cm), whilst on the opposite wall the second projection will screen a recording of the bronze Menina|6 (2014, 114x77x46cm) – taken in the rural landscape of North Friesland.

The fixed frame of the sculpture, positioned in the movement of the landscape without narrative or logic meaning, will be in contrast with different and immersive sounds diffused in the space, which give the audience a perceptive and multi-sensorial experience. The site specific sound project Emotional Decrypter will be made in collaboration with the Italian musician and sound artist Francesco Giannico and it is meant as a sonic support for Liquid Gender. It will amplify the idea of transformation through two interconnected sound spatialisations – two audio tracks that are assembled from digital manipulations of different audio samples recorded from Vogler’s bronze sculptures. The spectator can experience these by the use of wireless headphones. While moving freely through the installation, one can simply switch from one radio channel to the other.

In addition there will be a selection of small bronzes on display from the Inter*Venus and the Miniature Menina series, and these will partly also be shown on photographs which were captured in different places of the world, once again referring to racial, cultural and sexual differences. 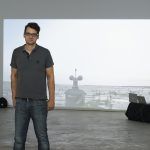 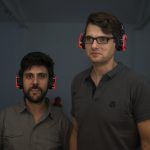 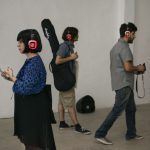 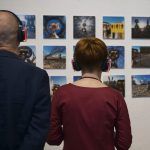 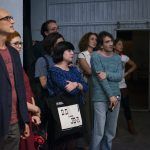 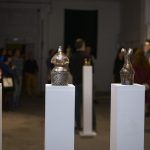 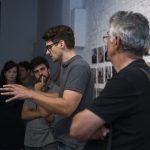 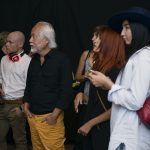 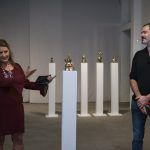 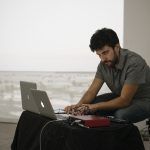 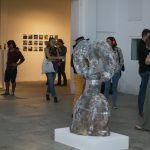 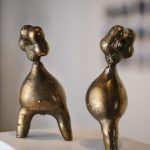 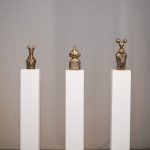 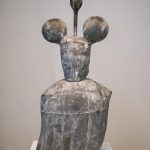 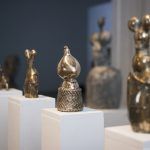 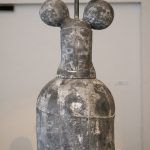 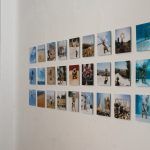 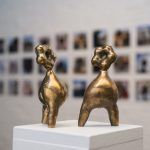 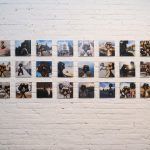 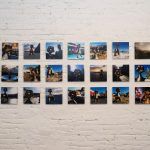 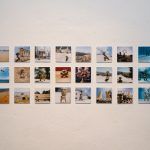 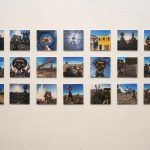 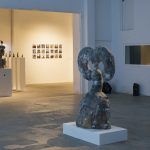 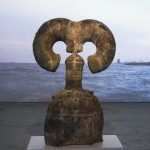