Eyesberg Studio is a multimedia art studio specialized in the transformation of spaces into immersive and interactive works of art such as Videomappings, interactive installations, light installations or immersive Fulldome projections. Being the means to reach the viewer, technology plays an essential role in Eyesberg’s identity. Through the immersion of the viewer in the work of art, it seeks to change how we perceive digital art today. In recent years Eyesberg has collaborated with brands such as Bombay Sapphire, Audi, Adidas, FC Barcelona or Seat, developing multimedia experiences designed for specific spaces. Eyesberg’s works have been exhibited at various festivals such as MIRA Festival, Sonar or the Barcelona Light Festival, LLUM BCN. 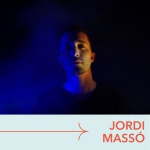 Jordi Massó is an audiovisual artist and member of Eyesberg Studio whose work focuses on videomapping, real-time visuals and immersive environments. He has participated in projects such as the fulldome film “BETA 2120”, the interactive mapping “Amadeus II” and in various audiovisual projects for clients such as Futbol Club Barcelona, ​​Epson or Adidas, among others. He recently premiered his first fulldome film “Smartzombies” alone at the Mira Festival 2019 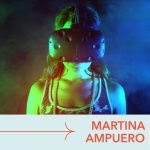 Visual artist and vj, graduated from the Faculty of Fine Arts of the University of Barcelona in the specializations of painting and illustration and Master of 3D animation at the Idec of the Pompeu Fabra University. He began his professional career as a 3D artist at the Urano Films production company, creating 3D sets, motion graphics and visual effects in operas such as Sonntag aus Licht, Turandot, Quartett, Tristan and Isolde, with directors such as Carlus Padrissa, Àlex Ollé (La Fura dels Baus ) and Franc Aleu. In 2013 he founded Eyesberg Studio together with José Vaaliña, carrying out the artistic direction of the projects to this day.