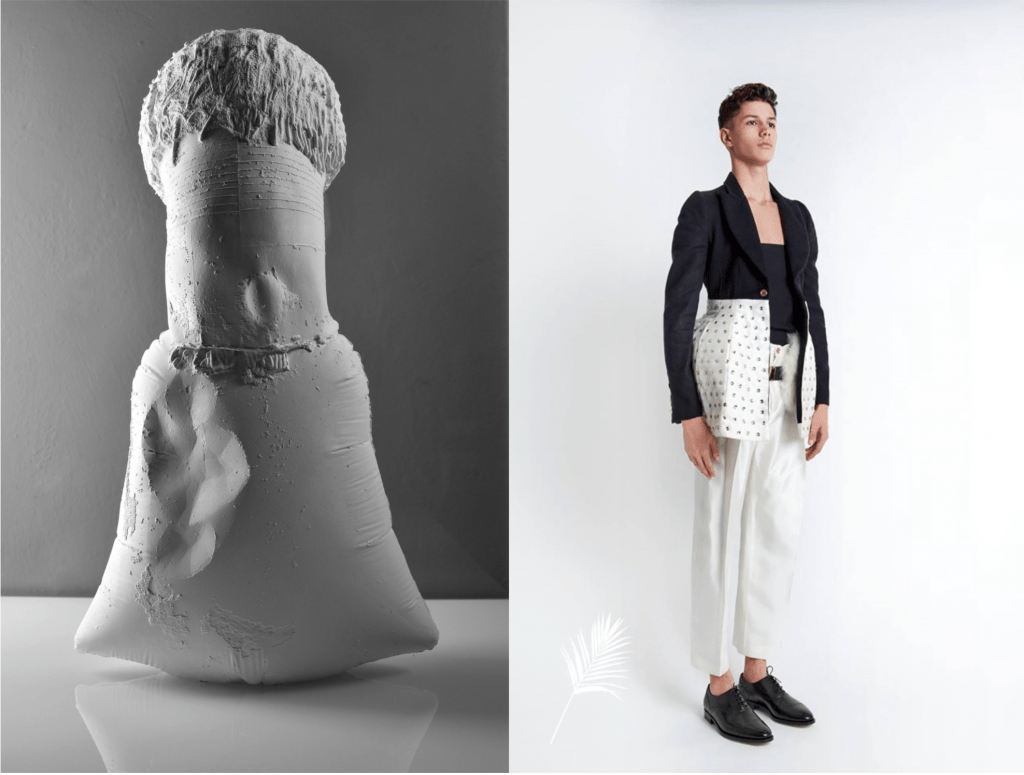 An art symposium on GENDER LIQUIDITY

Focus of the arts symposium is the Liquidity of Gender and the work on current developments in German legislation changes to add a third gender to the traditional two options of fe|male. The existence of intersex people is proof of the falsity of the binary gender construct. It is a society changing topic for every human living. Questioning the bipolar gender construct, it questions any gender debate in general. If we stop dividing people into man and women and just start thinking of humans, there is no more gender debate. We have stopped marking race and religion in the passport, erasing gender from the passport should be the next step.

Individuation primarily results from orientation towards suitable role models. Fine Art has always had a superior capacity in reflecting a contemporary vision of the prevailing conception of the human being. Can Intersex people find their place in today’s dichotomizing world, where hardly any depictions of in-between paragons can be found in our museums? How can “allegedly unaffected” gender-conforming people build up an understanding for alternative concepts of gender classification system, if predominant gender representations of the human being throughout the centuries are binary. Intersex is physical proof for the falsehood of the binary gender construct. It is proof of the grace of gender variety – a diversity that must be seen as a gift. This symposium will become an annual event engaging and encouraging crossover of different subjects.

The symposium is part of a wider program involving an artist residency at Espronceda Center for Arts and Culture in Barcelona opening on 10th February 2018.