Espronceda is one of the founding partners of ArtCosmos. The first edition was celebrated in ESPRONCEDA.

ArtCosmos is a platform dedicated to collaboration between artists, academics, and thought leaders at the intersection of Science and Contemporary Art. The first edition of ArtCosmos was held in ESPRONCEDA and represented 12 artists and invited 5 scientists, all with mutual links to the art and respectively science world. The second edition of ArtCosmos in New York City is held in honor of the 55th anniversary of the first human flight into space by Yuri Gagarin. The exhibition features a group of multidisciplinary artists creating new visual dialogues for humanity’s unwavering quest to explore deep space. 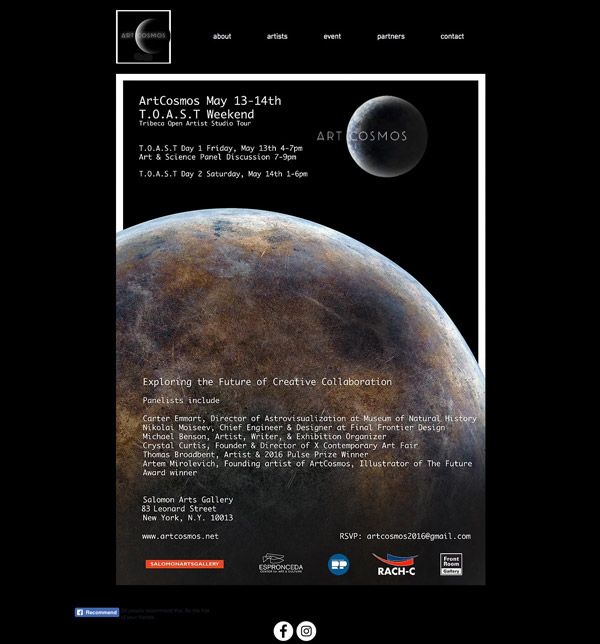