We see vegetation painted green phthalo on lemon yellow. It seems to draw a garden. In a picture there are woman silhouettes inside a lake. The idea of ​​a paradise is evoked. There is another painting with a black sky, the vegetation, indifferent, maintains its color. In many paintings there is no person, no naked bodies, no animals. Is there life there? Remember the Garden of Earthly Delights. There is life in abundance. Both real and imaginary. José Luis Alcaine tells us that the scenes described by Bosco are inspired by the theater of medieval mysteries and miracles, where heaven and hell were represented. Likewise, the gardens of Berto Martínez are shown as decorated, but empty. No actors, no theater machines. The work is over.

White roads, smooth, without stones or potholes. They are ready to be traveled. As if it were an internet metaphor, Berto’s paradises are made to circulate, but not to dwell. The woman’s silhouettes of the lake, taken from Google or Instagram, have no body, weigh what the titanium white weighs. The vegetation has been painted following shadows. Competing in speed with the speed at which images are forgotten. The image of the garden, the desire for paradise, the thought of utopia, are there, repeating their form in the paintings to combat oblivion. Faith, life, bodies have sometime in the past, hidden themselves from the work. 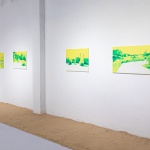 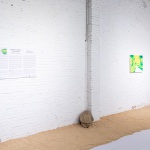 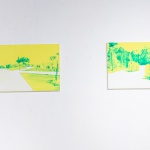 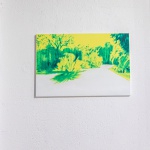 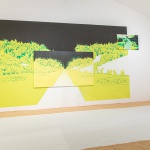 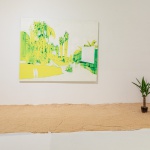 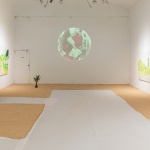 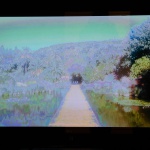 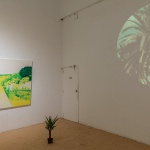 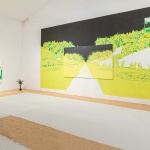 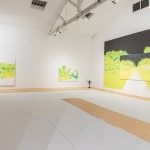 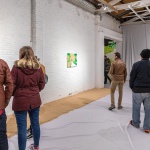 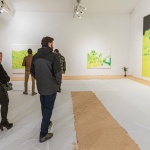 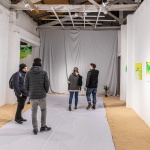 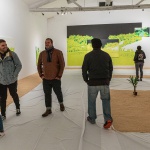 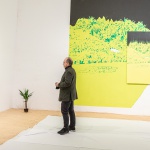 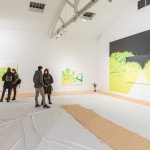 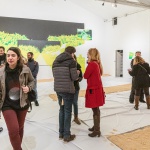 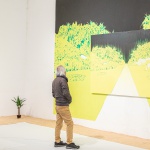